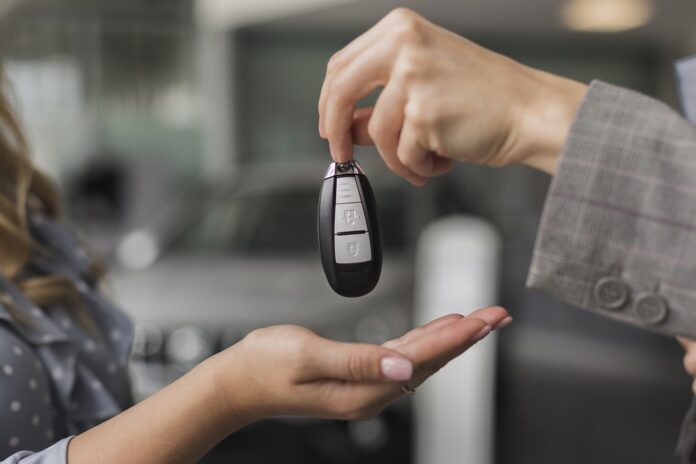 LAHORE: Faced with an increasingly up-hill battle to completely digitise the legal transfer of vehicles when they are bought and sold, the provincial Excise Taxation and Narcotic Control Department of Punjab (ET&NC) has suspended biometric verification for two months.

The effort to use biometric verification has been an old goal of different provincial governments to bring the sale of cars and motorcycles into public record. Earlier this year in January, ET&NC had completely abolished the manual system of car/motorcycle registration and transfer of ownership from January 11 this year.

However, this had been followed by a sudden dip in vehicles being registered. People continued to buy and sell cars except without biometric registration. This resulted in a lot of issues with regards to the transfer of ownership, and also meant that the ET&NC faced a significant drop in revenue that they got from these registrations.

Back when the announcement had first been made, the then Director Motors ET&NC Lahore Region Qamar Ul Hasan Sajjad had told Profit in a meeting and confirmed that the department had faced problems after the shift to the biometric system.

“That doesn’t mean you can’t say that the biometric system is faulty or has failed. Since the system is now transparent. In the beginning, the problem was definitely that people did not understand the new system properly and secondly, that the system was new, so the department had to face many technical problems. It was our dream to implement this system and it has been implemented at the right time,” he said.

“There was such a rush that we had to extend. A total of 28,000 applications were processed in ten days asking for registration and transfer of vehicles and this number was the highest for any given time. This is the reason why the number of applications decreased as soon as the biometric system was implemented because people have already taken advantage of it,” he maintained.

It is pertinent to mention here that the vehicle and motorcycle registration system in Punjab has been linked with the NADRA system and registration of new vehicle or change of ownership of old vehicle cannot be done without on-site verification of thumb impression. However, this facility is available in 6000 e-facility centres of NADRA and 45 Excise offices across Punjab.

“You deposit the registration or transfer fee from e-pay and visit your nearest e-facility centre to get your verification done and the vehicle will be registered in your name. Similarly, if the vehicle is to be transferred to someone else’s name, then both the persons need not come to the same city or the same place. If they get their verification done at NADRA e-facility centres available in their respective cities, the vehicle will be transferred to their name sitting at home. In this new system, even if your vehicle documents are lost, the value of your vehicle will not go down because the registration of duplicate documents in the system has been eliminated.”

Later, due to the biometric system, numerous vehicles that were supposed to be transferred of ownership were stopped. Nasir Mushtaq, owner of a car dealer showroom in Johar Town, told Profit that many vehicles could not be sold in the market without biometrics available.

“The first thing is that we car dealers not only sell our clients’ cars but also buy cars from the market at investor prices. In the manual process of change of ownership of a vehicle, a transfer letter was taken from the owner and later, the name of the buyer of that vehicle was written in the letter and the ownership of the vehicle was changed. We had hired various agents for this work who used to go to the excise office and for vehicle registration and change of ownership. The sale of such vehicles was possible only if ET&NC gave us some time in which the showroom owners could take ownership of such vehicles,” he added.

However, on the other hand, ET&NC Director Motors Iftikhar Ghani informed that 50 percent vehicle and motorcycle owner will benefit from the suspension of biometric system. “All such vehicles which are in the market on open transfer letters will be able to change ownership,” he added.