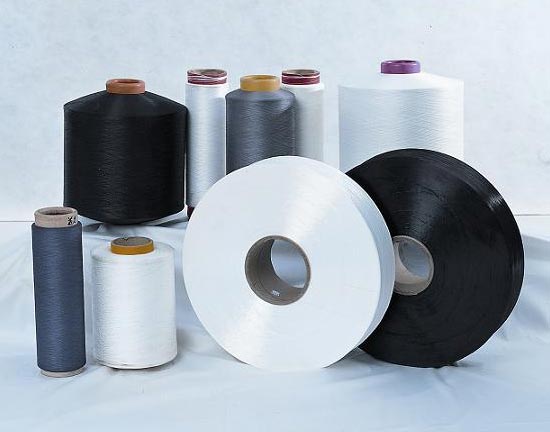 ISLAMABAD: At a time when the country is going through a balance of payments crisis, the government has failed to curtail Polyester Filament Yarn (PFY) being dumped on the international trade market.

PFY, used in knitting and weaving to make home furnishings like curtains and bed sheets, is number 15 on Pakistan’s top imports. Dumping, in economics, is a kind of injuring pricing, especially in the context of international trade. It occurs when manufacturers export a product to another country at a price below the normal price

As a result, eight out of 12 local producers (companies) of PFY, have shut down their business so far while only four producers are hardly operating in the country. The domestic manufacturing industry had recently made large investments for its capacity expansion, which may go to waste. The raw material of PFY is also produced locally in Pakistan, which would mean that PFY industry expansion will also promote the upstream domestic industry in Pakistan.

However, instead of developing trade specialisation Pakistan has failed to bolster its local production. According to documents available with this scribe, despite an antidumping duty being imposed and notified by National Tariff Commission (NTC) after a detailed 12 month investigation, importers continued importing the product while evading the duty through approaching various courts and obtaining stay orders.

Before 2005, the domestic PFY industry was producing over 80% of the country’s requirements of PFY. In 2005, the anti-dumping duties were notified for 5 years against foreign suppliers after dumping investigations. In these 5 years the dumping duty/measures were evaded by the importer. As a result many domestic PFY producers were forced to shut down, and many were permanently closed. Out of 12 producers in 2005, only four remained in operation by 2011, such that by 2017 only 30% of PFY demand was met by local production.

According to an office bearer of Filament Yarn Manufacturers Association (FYMA), after the 2017, dumping investigations proceedings, anti-dumping duties ranging averaging 5% were notified in July 2017 on imports from Chinese and Malaysian producers. Expecting the shield of these anti-dumping duties, the domestic PFY industry launched capacity enhancement with investments of $ 120 million (Rs 28 billion) made from 2019 up to date. “This means that the domestic production capability of PFY from 70,000 tons/year in 2017 has expanded with current investments, to 165,000 tons per year in 2023, saving around $300 million per annum in the form of import substitution. Had the PFY market increased at a normal rate of 5% per year, this expansion would have meant that the domestic production would cater to 50% of total domestic demand. However, the domestic demand increased by over 8% per year from 245,000 tons in 2017 to 386,000 tons in 2023. As a result the enhanced domestic production will be catering to 42% of domestic demand,” he said adding the domestic industry is committed to make further investments in capacity enhancements in due course to keep pace with the growing domestic demand.

Through the documents shared with concerned ministries, the association claims that due to the evasion of the anti-dumping duties on imports of PFY imports of PFY which by now would have accumulated to the tune of around Rs.10 billion remain outstanding from 2017 to date, despite dismissal of the stay petitions and continuous effort by the NTC for these overdue duties. The importers/traders file a petition and get a stay from the High court bench of one city without any security which is dismissed in 5 or 6 months.

“Legally they cannot file another petition for this matter, and therefore go to the High court bench in another city without disclosing that their petition has been dismissed by another bench. In some cases also filing a misleading affidavit that this is their first petition against this same antidumping duty notification,” the FYMA representative claimed. Officials of NTC, through the documents, also endorse the claim of the association.

According to the documents, dumped imports continued to flood the market causing the injury to the domestic PFY Industry. Until June 2021, some protection was provided by the usual 2% Additional Custom Duty (ACD) and the 2.5% Regulatory duty (RD) imposed to provide some support to the Domestic Industry against dumping. However the same was removed in July 2021 by the government hoping that the importers/traders will stop evading the Anti-dumping duties. However the evasion has continued making a mockery of the anti-dumping measures which were necessary for providing a level playing field for the domestic PFY industry.

Due to this evasion of the anti-dumping measures a 5% RD has recently been approved by the ECC. Though the importers and traders of PFY are protesting against the imposition of RD, the new duty, FYMA claims, will have no adverse impact on textile exports since raw materials for exports can be imported duty free including ADD/RD etc under DTRE and EOU schemes.  Moreover, the RD will have a negligible impact on the cost structure of fabrics produced downstream.

It is worthwhile to mention that six other PFY producing countries (including Vietnam, Turkey, Mexico, USA) have also levied anti-dumping duties against the Chinese PFY suppliers while 2 other countries including Bangladesh are protecting their local PFY industry by duties as high as 20% or through ban on imports by traders.

While Pakistan’s prime problem is balance of payment deficit due to high level of imports, the local industry claims that penalising evasion of antidumping duties is most essential if the local industry is to expand and substitute imports.