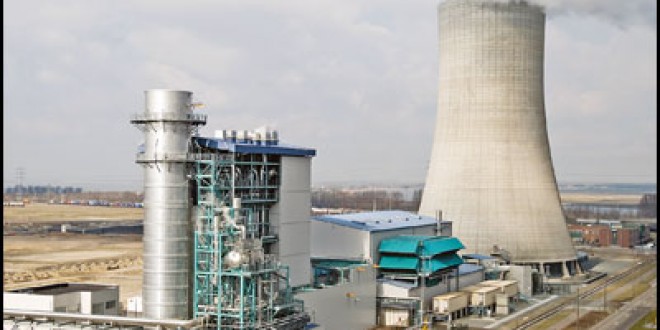 In an expansion bid, the Fatima Fertilizer Company Limited (FATIMA) has decided to consolidate its fertilizer business by merging its associate company, Pakarab Fertilizers Limited, into FATIMA. The announcement was made on the Pakistan Stock Exchange (PSX) on Monday.

Fatima Fertilizers makes two intermediary products – ammonia and nitric acid – and three final products, which are urea, calcium ammonium nitrate (CAN) and nitro phosphate (NP). The company, which was incorporated in 2003, has three units in Punjab: the Sadiqabad plant, Multan plant and the Sheikhupura plant.

The Sheikhupura Plant was acquired by the company in 2015. It is capable of producing 445,500 metric tons per annum of urea. Finally, the company acquired its third plant in Multan from its associated company, Pakarab Fertilizers Limited, in September 2020.

A trend of rising production

It goes back to 2020. The company’s annual report, released on April 5, offered some clues. First, production went up. But this was less because of some miracle, but because the third plant in Multan was acquired in September 2020, increasing production capacity. The Sadiqabad plant also had one whole year of operations without any disruption. The plant that was disrupted? Sheikhpura, which remained out of operations for eight months because there was no gas. Turns out the gas shortage in Pakistan did end up affecting Fatima Fertilizers after all.

While sales revenue fell as a result by 5% year-on-year, the cost of sales of the company declined by approximately 10%, it also meant that they were no longer paying for the Sheikhpura plant’s operation costs. This meant that while the overall revenue fell, profits were increasing.

Back in August this year, the Ministry of Industries and Production had submitted a summary to ECC on issues faced by Fatima Fertilizer ( Sheikhupura Plant) and Agritech. As a result, the government promised to provide a unified price of feed gas to fertiliser manufacturers in the country

What is behind the consolidation effort?

The public announcement states, “The Board of Directors of Fatima Fertilizer Company Limited in its meeting held on December 5, 2022 has considered and approved a business expansion plan to further consolidate all the fertilizer business by amalgamating its associated company, Pakarab Fertilizers Limited (“PFL”) with and in to Fatima w.e.f. July 01, 2022.”

Pakarab Fertilizers Limited produces Calcium Ammonium Nitrate (CAN), Nitro Phosphate (NP) and Urea. According to the company website, it has a monopoly in the production of CAN and NP. Previously, Pakarab Fertilizers was already a wholly owned subsidiary of FATIMA but operated as a separate fertilizer business of the fertilizer giant.

According to the company announcement, the amalgamation of the two companies would lead to an increased asset base and size of FATIMA, which can help the company to benefit from economies of scale by resulting in increased expansion opportunities for FATIMA.

In addition to getting the fertilizer business, FATIMA will also benefit from wholly owning Fatima Packaging Limited, which is currently a wholly owned subsidiary of Pakarab Fertilizer, and the main supplier of packaging material to the company.

Earlier this year, in the company AGM held on April 29, 2022, the shareholders of FATIMA passed a special resolution to renew the Running Finance Facility limit of up-to PKR 2,000 million given to Pakarab Fertilizers Limited for a further period of one year.

Additionally, another special resolution was passed which increased the Corporate Finance Guarantee(s) extended to Pakarab Fertilizers Limited from PKR 2,000 million to an aggregate amount of PKR 4,000 million, to be renewed for a further period of one year. This facility was issued by FATIMA in favor of any financing facilities required by Pakarab.

FATIMA has announced to hold its Extraordinary General Meeting (EGM) on December 27, 2022, to consider and approve the merger of its subsidiary with and into FATIMA, in addition to approving any other finance facilities to be given to Pakarab Fertilizers Limited.

- Advertisement -
Facebook
Twitter
Linkedin
WhatsApp
Email
Previous article
Bumpy year ahead as tractor industry braces for lowest sales in 15 years
Next article
If we’re getting oil from Russia, why not Iran?