Outfitters’:How a mould-breaking business model caved in to Pakistani patriarchy

The clothing retailer has been successful in marketing Western clothing to Pakistani men, but has had to open a localized clothing brand to succeed in the female apparel market. 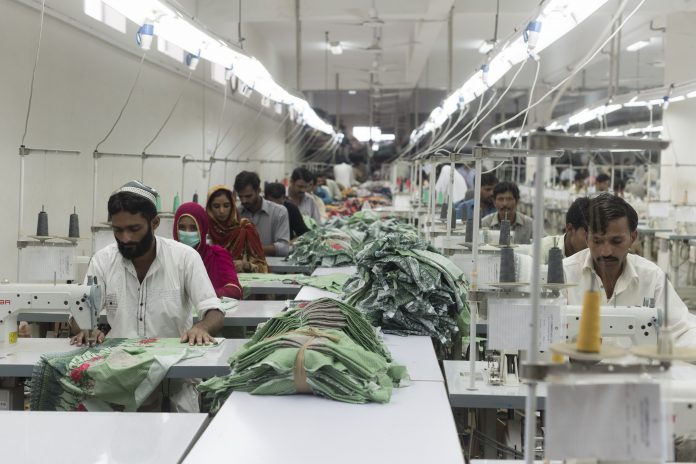 It started off with a bold idea born of an important insight: young middle class men and women in Pakistan’s urban centers aspired to live like their counterparts in the United States and Europe and would therefore have a demand for Western clothing. A local brand seeking to serve that niche would likely do well and grow as that middle class grew in both size and importance.

Outfitters is one of the largest retail clothing brands in Pakistan, and claims to be the largest that focuses on Western clothing for the country’s urban youth. Its management pride themselves on being what they consider to be the closest Pakistan has to Zara, a fast-fashion brand that has a certain “cool” cache among fashion forward young people. In a country rapidly urbanizing and with a rapidly growing middle class, Outfitters’ core business model should be a recipe for success. Yet over the past five years, about half its growth in stores and revenue has come from Ethnic, a brand it launched in 2011 to sell Pakistani-style women’s apparel.

The reason for Ethnic’s launch and growth? While Outfitters has been wildly successful in marketing and selling its core Western clothing line to men, its ability to sell to Pakistani women has been severely hampered by the country’s patriarchal social structure where what women wear is dictated not by their own preferences but by what their families deem “acceptable”, a factor acknowledged by the company’s founder, Kamran Khursheed.

“We had been observing since the inception of our brand, that the sales in women’s wear were much lower than our sales in menswear,” said Khursheed, in an interview with The Express Tribune in 2011. “The trend is understandable given that many young girls don’t get permission to wear western clothing [from their families]. Therefore, we wanted to offer a range that is ‘cool’ and trendy, yet eastern, so their families don’t have an issue with their attire.”

Outfitters currently operates a total of 60 stores across 17 cities in Pakistan and one in Dubai, and Ethnic now has 27 stores across the country. Over the past five years, the company has opened 34 stores, half of which are Ethnic stores, according to Abdul Malik, the Chief Operating Officer of Outfitters Stores, the holding company for both brands.

The late entry into a market for women’s clothing that would be considered culturally acceptable is reflected in the company’s revenues: men’s clothing accounts for the lion’s share of sales, followed by children’s clothing, sold through a third brand called Outfitters Junior, launched in 2008, followed by women’s apparel.

While urban Pakistani men have been wearing Western clothing since the founding of the republic, local retail chains that sell their own brands of Western clothing are still a relatively recent phenomenon. Outfitters was the third such brandt, launching in 2003, following in the footsteps of Leisure Club (1997) and Crossroads (2002).

The cultural aspects of aspiring to wear Western clothing and what that can represent to its customers, or at least what its management perceives it represents to its customers, is reflected in the company’s decisions with respect to marketing and advertising campaigns. Outfitters’ clothes are marketed to Pakistani audiences using white Caucasian models, while Ethnic uses Pakistani models.

When asked about this decision, Malik told Profit: “We use foreign models because we want to have a global presence, and that is in line with our brand image. But this is about to change and we will start using a mix of Pakistani and foreign models very soon.”

Khursheed founded the company in his house and bootstrapped its growth all the way to becoming the recognizable retail brand that it is today with virtually no debt on its balance sheet. The company’s strategy is dependent on offering chic clothing at prices affordable to most of Pakistan’s urban middle class.

“It’s all about fast fashion at affordable prices for us,” says Malik. The mission statement of the company says pretty much the same: “Be the customers’ preferred apparel choice for upcoming trends and fashion, in an affordable price range”.

In order to be able to control its pricing and margins, the company relies on in-house manufacturing for the vast majority of its products. “More than eighty per cent of the manufacturing and logistics is done in-house, excluding the transportation of goods from the unit to our stores,” says Malik.

“It’s very important to have your own manufacturing unit in the apparel industry,” says Malik, and adds, “The efficiency of manufacturing, quality of designs, and an accomplished human resource team enable Outfitters to fulfill its promise of ‘good value for money’, and thus outperform its rivals.” The only products it does not manufacture on its own are heavier jackets and woven sweaters, which are outsourced to producers in China. The outsourced clothing accounts for some of Outfitters’ highest margin products.

The company’s management appear to have an unusual mix of confidence and paranoia when it comes to their competition, simultaneously considering everyone and no one to be their competitor.

“Anybody selling apparel is a competitor. By no competition, we mean that the other players don’t offer the same product range that we do, neither do they operate on such a huge scale to be considered a competitor,” says Malik, adding that Outfitters only considers Levi’s a true competitor.

The company was unwilling to disclose revenue or market share details, though it did state that it seeks to conduct a market sizing and opportunity research exercise with the help of a global consulting firm, which would help the management assess growth opportunities and trends. The company also says that its fastest growing segment is its children’s wear brand.

“We look forward to hiring an international company to carry out an in-depth research of the Pakistani apparel industry in 2017, which would focus on how many people know us, what they really want, and the market share of each player,” says Malik.

Initially, Outfitters franchised a few outlets to bolster expansion but realized the perils of doing so early on and stopped franchising. The few franchised outlets that still exist are owned by the franchisee but operated and managed solely by Outfitters.

“Our aim is to provide the best customer shopping experience and ambience. Also, success comes from ambition and the level of ambition needed for our brand to succeed can only come when operated and monitored ourselves,” says Malik.

Outfitters is expanding to smaller cities across Pakistan, and it aims to exploit what it sees as the inevitable transition from eastern to western wear in these localities. It has already opened stores in cities like Rahimyar Khan, Mardan, and Jhelum. “Smaller cities have a huge untapped potential – they are the places to be in today,” says Malik.

In the larger cities, meanwhile, the company is adapting to changing shopping habits of consumers. For instance, it is increasing its store sizes from an average of 2,000 square feet to 6,000 square feet, with some of its flagship stores as large as 20,000 square feet each and opening locations in malls or relocating some of its stores to malls with high foot traffic.

The company is also gearing up for the rise of e-commerce in Pakistan. In addition to selling clothes directly through its own website, the company is also partnering with daraz.pk, Pakistan’s largest online retailer, to sell its products.