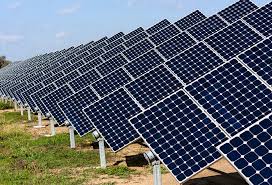 Chief Minister Shehbaz Sharif was the chief guest at the ceremony held in Model Town.

Under the accord, the Turkish company will install 200MW solar plant at Quaid-e-Azam Solar Power Park, Bahawalpur, while the Punjab government will provide all-out facilities to the foreign company.

Addressing at the ceremony, the chief minister said the MoU reached with the Turkish company would help eliminate darkness of load shedding from the country. He said historic friendly ties with Turkey were transforming into economic cooperation.

He said electricity produced from 200MW project would cost Rs 5.25 per unit (5.15 cent) that would be a great achievement. He said this solar project was the best power project of the country, while NEPRA’s tariff currently stood at 10.50 cents which, according to him, was exceptionally high.

He said under the leadership of Prime Minister Nawaz Sharif, hectic efforts were being made to overcome energy crisis and work on mega development projects was continuing at a fast track with transparency, speed and professionally.

The chief minister congratulated Turkish Consul General Serdar Deniz, officials of the Turkish company and the team of Punjab government for doing a wonderful job. Speaking on the occasion, the Turkish company’s deputy general manager said the project would be completed as per schedule.