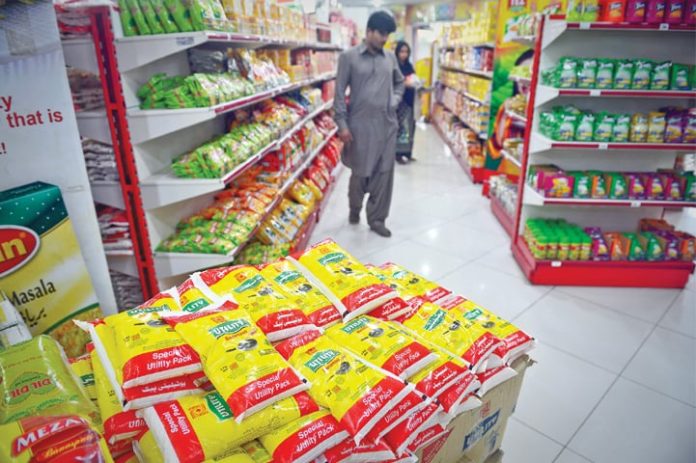 The disclosure was made at a meeting of the Economic Coordination Committee (ECC) of the cabinet held on February 13.

During the meeting, the USC managing director told committee members that the utility stores- state-owned shops that sell subsidised goods, particularly edible items to consumers, purchased sugar from mills at a rate of  Rs73 per kg and sold them to consumers at a price of Rs65 per kg.

Intrigued by the disclosure,  the ECC committee has called for a special audit of the utility stores.

In a previous meeting of the ECC on December 28, 2016, it  was informed that the Inter-Ministerial Committee, constituted by Prime Minister Nawaz Sharif, had assessed price trends in international and domestic markets and noted that sugar rates dropped from $597 per ton in September 2016 to $490 on December 20,2016 in the world market.

The committee noted that the sugarcane price had remained stable at Rs 180 per 40 kg in Punjab since 2014-15 and was slightly increased by Rs10 in Sindh in the current season.

However, according to the Sensitive Price Indicator, the retail price of sugar in the domestic market during the week ended December 15, 2016 stood higher at Rs 62.61 per kg compared with Rs 54.12 in December 2014 and Rs57.16 in December 2015. This indicated that sugar prices in the country were higher than the prevailing international market prices.

This confirmed that USC has been purchasing sugar at the higher price of Rs73 per kg compared to the prevalent market rates, which caused a loss not only to the public exchequer, but also burdened the consumers financially.

ECC Chairman Ishaq Dar along with Commerce Minister Khurram Dastgir agreed in the February 13 meeting that sugar was being sold in the open market for Rs65 per kg.

The ECC members dismissed USC’s claim about the grant of Rs8 per kg subsidy on sugar sale, terming it unjustified. The ECC decided to conduct a special audit to view the enhanced cost of sugar compared to the prevalent market prices and to assess the amount of subsidy being claimed by USC for 11 essential items and report back to the committee for further reviewing. It also directed the Finance Division to ask the Auditor General of Pakistan to carry out the special audit in the next 15 days. The Finance Division will submit a report for consideration of the ECC.