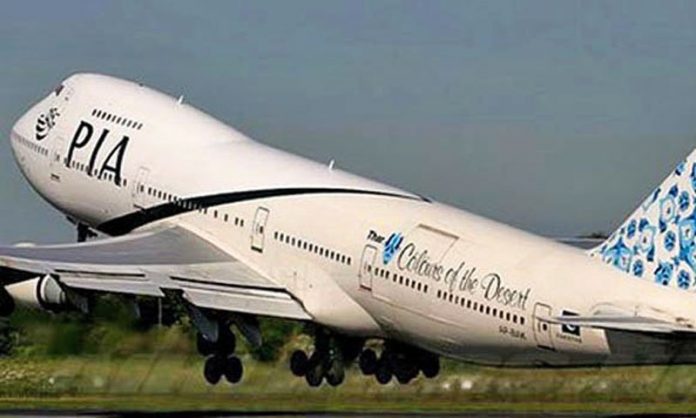 Pakistan International Airlines (PIA) after incurring stark operational losses of over Rs 3 billion for running its Premier Service to London during the last six months is looking up to  Turkish Airlines (THY) to acquire A-330 aircraft on wet lease but now at industry average rental fee, reported a national daily.

It was reported that three international airlines, Turkish Airlines, Srilankan Airlines and Portuguese charter airline Hi Fly, submitted bids for the tender of A-330 aircraft on wet lease and the tender was reportedly awarded to THY.

PIA officials are scheduled to meet the top management of THY at its headquarter in Istanbul in the upcoming weeks to sign a formal agreement for acquiring A-330 aircraft on wet lease at 25 per cent less rental fee.

Sources said that national flag carrier had earlier acquired A-330 aircraft from Sri Lankan Airlines (SLA) on wet lease at US$8100 per hour rent for guaranteed hours for its Premier Service to London. The aircraft from SLA was engaged for six months under a formal agreement at a rate that was 25 percent higher than the market rate.

The decision to acquire aircraft from SLA by paying an additional US$ 2100 per hour rent signalled a poor management decision, which the sources described as one of the major reasons for incurring a colossal operating loss of over Rs. 3 billion during six months of Premier Service operations.

Sources revealed that the PIA management had opted for a fresh tender agreement with THY  after a refusal by the SLA to bring its rental fee at the market average level. As a result, PIA refused to extend the ongoing lease with SLA. THY is leasing out similar aircraft to PIA at US $6000 per hour for guaranteed hours- a 25% reduction in rental fee.

Meanwhile, PIA spokesman confirmed that airline management was in discussions with Turkish Airlines. He said that THY offered better rates than SLA did for same aircraft type during retender on January 17, 2017. Replying to a question, he sought to dispel the impression that PIA acquired A-330 aircraft on wet lease from SLA at high rate, saying that rates change with market seasonality besides Turkish Lira also dropped by 20 percent.

On the other hand, Sri Lankan newspapers claimed that CEO SLA Captain Ratwatte said the wet lease contract with PIA was the most profitable commercial agreement undertaken by SLA in the recent past. The agreement is believed to have been signed at a time when the SLA was facing significant challenges and the agreement was a major step in efforts to transform the financial fortunes of the airline and make it profitable.