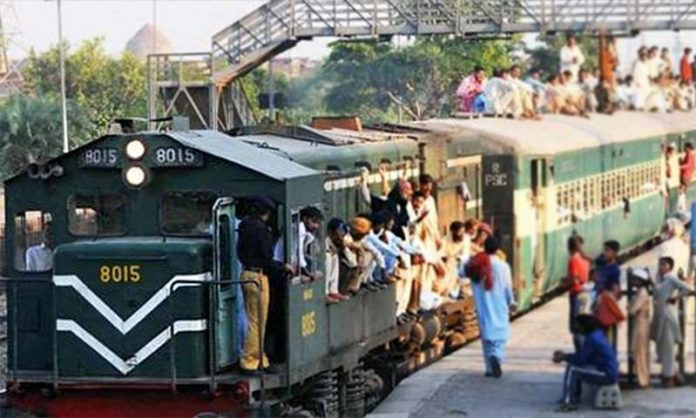 Train passengers can now use a mobile phone app to obtain tickets in the unreserved category, as the Pakistan Railways has launched paperless ticketing from Monday. Initially, online ticketing system has been introduced in 48 trains, enabling passengers to book their seats from anywhere in Pakistan. There is to be no additional charge for availing the online ticketing service.

“We are launching a mobile-based paperless ticketing application today,” said Railways Minister Khawaja Saad Rafiq. While inaugurating the mobile app system at the Railways Headquarters, he said that having booked a ticket using the app, a commuter needs to show a soft copy of the ticket to the ticket checker. He added that apart from being a green initiative, it is aimed at saving time as a commuter can avoid long lines at the ticket window.

The minister said that the app can be downloaded from the Google App Store for Android-based mobile phones. After the download, the user would get a registration ID number for creation of a railway e-wallet.

“Money for buying tickets will have to be loaded through the e-wallet mobile payment system either online or at a ticket counter at any station,” he added.

The app would be available for cell phones running on Android operating systems.

He added that negotiations with companies providing cab services were underway regarding provision of cab facilities to passengers to reach the nearby railway station.