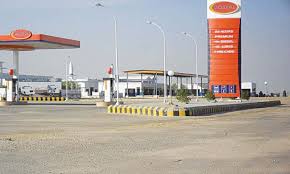 According to a notification sent to the Pakistan Stock Exchange Friday, the company also announced a final cash dividend of Rs3.50 per share, cumulating the total dividend for the year to Rs7.00 per share.

The Company’s gross margin settled at 4.72pc, an increase of 103 basis points from the same period last year.

Following the result announcement, the stock which closed at Rs303.8 the previous day initially increased to Rs315 then decreased by 2.8 pc to close at Rs 301 per share on Friday with 0.35 million shares changing hands.

Margin revision on retail fuels and deregulation of RON-95 fuel also contributed in augmenting its margin.

Operating expenses also rose by 62pc year-on-year as the company expanded efforts in marketing its lubricants and the recently introduced higher RON fuels; while the expansion of outlets and storage facilities increased various associated costs.

Resultantly, the company’s profit before tax went up by 79pc year- on-year to Rs2.14 billion.

Moreover, effective tax rate remained on the higher side due to the absence of deferred tax assets in 2016.

In-line with the company’s overall performance, the 4th  quarter of 2016 also witnessed a marked improvement as PBT settled at Rs593 million against Rs380 million in the same period last year.