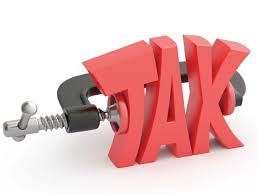 Defence Minister Khawaja Asif has said interminable tax evasion is continuing in the country which is causing irreparable loss to the economy.

“Tax evasion is continuing to an interminable extent in this country which is dealing a serious blow to the national economy”, he was addressing a ceremony held on Saturday under Tax Bar.

He went on to say that currency notes worth billions of rupees are issued but under tax head recovery to the extent of only one billion rupees is made. It is highly disappointing because national economy hinges on tax net.

He underscored the need for making arrangements to give concessions and create awareness among the people to increase the scope of the tax net and to put halt the endless series of tax evaders.

What tools does Ishaq Dar have at his disposal, and is now the right time to use them?
Read more
ECONOMY

Economy tightened: Monetary Policy at 15% after a 125 bps hike

KARACHI: The Monetary Policy Committee (MPC) at the State Bank of Pakistan (SBP) has decided to hike the policy rate by 125 basis points...
Read more
ECONOMY

ISLAMABAD: Federal government Thursday got the Finance (Supplementary) Bill 2021, also called as 'mini-budget' by the opposition parties, sail through the National Assembly on...
Read more
- Advertisement -