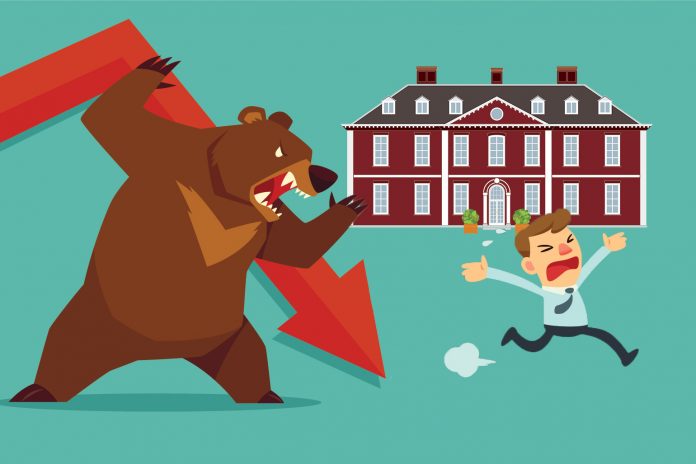 ‘For the market, uncertainty is worse than bad news,’ so goes an oft-quoted aphorism. The question is not whether the PML-N government will soldier on or fall, it is about time-tested reality: capital markets abhor uncertainty.

However, less than two months later, on July 14 close for the weekend, despite a surge of 584 points, the index had overall plummeted to 44,337 points – a steep fall of 9,000 points from its highest. Going back a couple of days, on July 12 – the index had closed at 43,027 points, marking the year-to-date low for PSX.

Such a fall was not anticipated by many. For example, just on the news of PSX’s inclusion in MSCI’s Emerging Market Index, CEO HBL Asset Management Farid Khan was oozing optimism: “We can expect a flow of between $300 million from passive investors/index funds over the next few days.”

It is also true that he was not alone in expressing such enthusiasm. There were many similarly buoyant analysts, and ‘scores of delegations of big brokerages, mutual funds, major listed companies and officials of PSX who had trotted the globe, from Wall Street to Hong Kong, before June 1 – the date when the up-gradation of PSX was to take effect – to gauge the interest of MSCI passive funds in Pakistan. The occasion was euphoric.

People have been pointing fingers toward declining oil prices around the globe, the trimmed business timings during Ramzan and the Gulf crisis, amid much more, as plausible reasons for the dwindling performances of the stock market.

Then the most abrupt cause: the threat of ouster to Prime Minister Nawaz Sharif in the wake of the Joint Investigation Committee presenting its damning report to the Supreme Court of Pakistan. The JIT, among others, had previously summoned the prime minister’s children, Hassan, Hussain, and Maryam, and then the PM and his finance minister. That put the stock market, along with the PM’s future was on a roller coaster.

It was mid-May 2017 when the investors’ excitement was at its highest. It was the time when Morgan Stanley Capital International (MSCI) had announced the up-gradation of the Pakistan Stock Exchange (PSX) – the three stock exchanges which had merged into one in January – to the emerging market (EM) from the frontier market (FM) in its semi-annual review; to reclaim the status was a dream nurtured for so long had come true. Taking the development as an omen, the stock market rose by almost 3,000 points up in anticipation prior to the inclusion date.

Pakistan remained in the MSCI EM Index from 1994 to 2007 but was demoted to MSCI Frontier Market index after the 2008 market crash that led to its closure, leaving foreign investors trapped and unable to leave the market. The country’s weight in the MSCI Emerging Markets index in this inclusion was to be 0.10 to 0.15 per cent, which took effect on June 1.

Experts were hoping for huge trading activity and a bullish trend in the market as huge foreign inflows was expected ahead of the inclusion from investors who followed the MSCI EM index. According to Qaisar Mahmood, a leading stock markets expert, “The D-Day would be on June 1, 2017, when Pakistan would formally join the Emerging Market regime that provides Pakistan stock market access to estimated USD 1.5 trillion investable funds with investors.” Such was the level of positivity and euphoria surrounding the news.

But contrary to the predictions, the business proceedings were disappointing. A tumultuous bloodbath overshadowed the happy news of PSX’s inclusion in MSCI’s Emerging Market Index. The index busted; it fell by 1811 points. Stocks of 388 companies were traded, of which only 38 gained in value, while 343 declined as seven remained unchanged. Ahsan Mehanti of Arif Habib Corp while commenting on the day’s activities, had stated: “Panic selling continued amid concerns over unexpected foreign outflows after MSCI Emerging Markets upgrade and pressure in global crude prices on supply glut risks.” The inclusion on its day did no good.

The bust – which was contrary to all expectations – was a result of a few factors which came into play, at the day of trading. Firstly, it was the ultra-positive feedback due to which everyone was awaiting inflows on the day itself.

However, no one had contemplated the possibility that the Frontier Market Funds – which held back a weighty investment of approximately $ 7 billion in the PSX – would go on a selling spree.

Adding to that were the local investors, who stockpiled the six heavyweight s in anticipation of selling them to the foreigners and make a windfall, had triggered market prices to unsustainable levels. However, when perplexity struck the market on the total lack of interest shown by EM participants, the same local investors ran helter skelter to change positions. In the chaos that followed, the six stocks saw a major fall. The same six make up KSE-100’s largest share. And hence when they fell, the market automatically took a tumble.

Apart from the prime minister’s bad news, the toll that PSX has taken in the last two months is a story of how analysts and stock market gurus misunderstood and misrepresented the possible threats and opportunities.

Historically, this error has been witnessed during the financial analysis of the US markets – during the Great Depression, the dust bowl, and the infamous Franklin Delano Roosevelt’s bank closure. The magnitude of Asian markets’ crisis of 2007-08 was also wrongly predicted.

Though the analysts and pundits had predicted the PSX to remain on an upward trajectory – some even claimed that it will leapfrog to 60,000 points by the end of the year – the truth has so far, turned out to be sour.

To the predicament of global capital markets, open eyes and ears do not thrive unless they are complemented by open minds. The knack of jumping to conclusions often hurts where it matters the most.