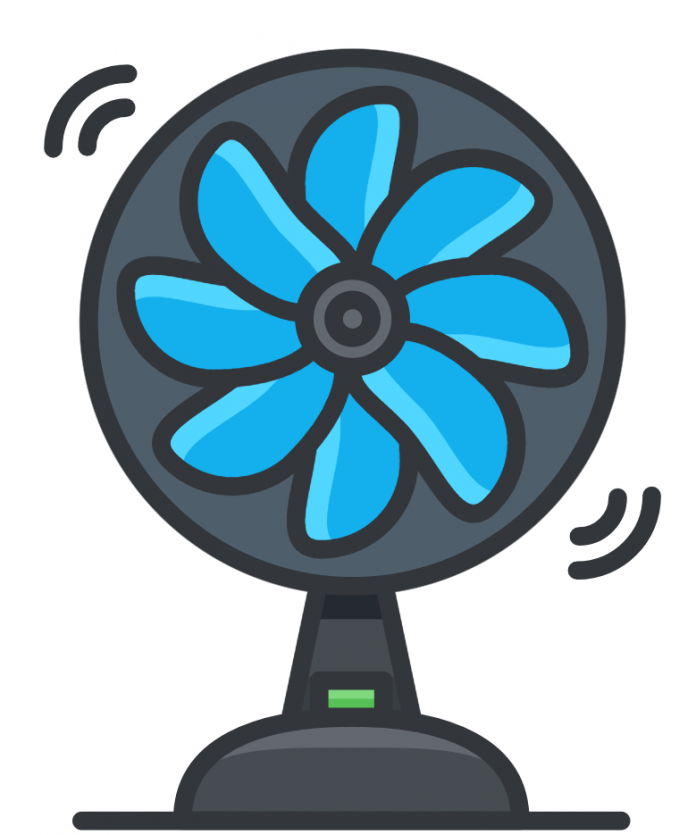 A research study by Lahore University of Management Sciences under its SME Cluster Survey Project of State Bank of Pakistan in 2011 revealed, Pakistan produced “on average, 10 million fans a year with an estimated value of Rs 18 billion, and that 95% of the industry is clustered in Gujrat and Gujranwala, with Lahore and Karachi making up the rest.”

Post that study till 2014, year-on-year the industry experienced double-digit growth, peaking at $40 million. However, the past few years have seen a sharp decline owing to both external and internal factors, with production plummeting to $27 million in 2016.

Iraq, Sudan, Bangladesh and Yemen were among the major markets for Pakistan’s fan industry. Iraq’s domestic unrest, Sudan’s partition into North and South, Yemen’s financial crisis and war, advent of local fan industry in Bangladesh spelt a death knell to it in those parts.

Locally, the energy crisis, coupled with certain government policies led to changes in consumer preferences, took its toll. Even at home, fan industry has had its interesting turns. In the 1970s and ’80s, there were four major fan manufacturers in the country – Asia, Millat, Climax, and National. None of them is top of the pack or close to it any longer. Now, three decades later, industry leaders are a different quartet including GFC, Royal, and Pak Fans.

Being the organized part of the industry, the foursome between them rustles up half of total fan production in Pakistan. The rest, a whopping 50 percent, is contributed by many unregistered players [Read: for a great part, falling in the realm of what is euphemistically called ‘black economy’].

Head of Sales and Marketing GFC Fans, and Pakistan Electric Fans Manufacturers Association (PEFMA) Chairman Nabeel Ahmed Illyas spoke to Profit on the past, present and future of the industry. When he stepped in, in 2006, GFC Fans was already well-established in the industry, and under his father, CEO Muhammad Illyas, it had already entered exports. It continues to remains a purely equity-based family business, only seasonally seeking financing in peak export period.

“We only do financing when we need to increase our production in the off-season, so we can export and stock our distributors before the peak March-June season. The cash outflow then is massive while inflows start only when the peak season kicks in; hence the need for financing to bridge the gap.” That is in keeping with the industry sentiment, which is inclined towards adhering to religious edicts, mostly opting for Islamic financing or staying out of it altogether, other than “using government’s export refinance from – loans provided at a special, low interest cost.”

GFC Fans, Nabeel said, expands or contracts seasonally. “In off-season, production occasionally drops to 50% of capacity, while at peak time demand exceeds that, making it expand both vertically and horizontally.”

Despite many external challenges, Nabeel believed, the local demand is here to stay. “Fan industry is largely dependent on the construction, which is never going to stop. While the elite amongst the socio-economic classes (SEC A) are opting for fan-less housing, our target market SEC B (middle class), C (lower middle class and lower). For them with every marriage, a new house, or at least a new room is constructed; pedestal fans are always part of dowry. Replacement demand of fans also exists. In the boondocks, demand varies in correlation to agricultural output. If agriculture produce is good, landlords and farmers alike spend more money. “So, the demand for fans is likely to remain consistent, with saturation point not in sight.”

As for marketing, Nabeel said, “We advertise heavily in Jan to June peak, but throughout the year our focus remains on brand building. And we stick to a three to four year plan.”  Nabeel claimed to be the industry’s biggest taxpayer, based on the reported figures of the Securities and Exchange Commission of Pakistan (SECP). “Two to three years ago, we may not have been the lead player, but now we are neck-to-neck with with Pak Fans, but we have always been the highest taxpayer in the industry.”

“R&D and innovation remains our key strength. Some of our products changed industry practices. We were the first with mist fans. Demand for that is on the rise. Another innovation was our metal bracket fan, replacing conventional plastic bracket used in mosques and marriage halls etc. It is now in demand.

“We use best raw materials, our marketing tagline being better service with lower energy consumption.”

The government is also moving towards energy efficiency, and it has introduced three-star rating in the country.

The Federal department responsible for this quality control is National Energy Efficiency and conservation Authority (NEECA), with its provincial arm, Punjab Energy Efficiency and Conservation Authority (PEECA). “This rating is not linked to energy efficiency or quality, rather to ‘service value’, which accounts for both air delivery and watts consumed.” GFC is one of the companies awarded with three-star rating.

“Initially given one star rating, the industry was challenged to improve. Now we get an official security sticker that customers can scratch and verify if it is real. A proper mechanism now exists. The way it works, as explained by Nabeel, is that the applicants need to send samples to accredited laboratory for testing of the fans and after testing in accordance with Minimum Energy Performance Standard (MEPS), they issue a test report for each fan which is subsequently submitted to NEECA. Thereafter, evaluation committee of NEECA examines test reports and on the basis of results, they decide whether to issue a certificate of Pakistan Energy Label for one, two or even three stars rating (more stars mean more efficient). “We feel proud that we have been awarded maximum three stars rating. Consumers can get it verified from NEECA department by scratching a code on the sticker and then sending it via SMS to 9460. Consumer will get instant authentication / verification by having return SMS from NEECA if the fan is capable enough for energy saving or not.” He added, “For the past few years we have been trying to create awareness that irrespective of how low the fan cost, this fan will become more expensive than energy labeled fan within 6 month because of high energy consumption.

How cheap is actually expensive

“For many years, I have been trying to create awareness that irrespective of how cheap a fan you buy eventually the electricity cost will make it more expensive if it is not of high service value.”

With his company’s performance Nabeel is satisfied but not with the industry overall. Lamenting about the conditions, he said: “From sales point of view, the country’s economy had not grown in the past few years, so the market size has remained stagnant. In the last 2 to 3 years, growth rate increased due to government policies, but it still has been very slow.

“Our sales are highly dependent on the energy situation. With continued load-shedding the demand for solar fans has increased in the country. We are producing them but at a very small scale. There are some brands producing slightly higher quantity but majority of them are unbranded.”

The current government’s policy of higher load-shedding in areas of higher electricity theft has caused customers from KPK and interior Sindh to move towards solar fans. “We did not shift our focus to solar fans because we were promised time and again by the government that load-shedding will reduce in a few months.”

Nabeel said that industry trends have also changed in the recent past, with some innovative products reducing the demand for conventional fans. “A while ago someone started producing fans with a Baleno motor usually used in car vipers. That led to an increase in demand for that type of fans. Now at least 2000-3000 fans per day are being produced using that technology.”

Talking about the challenges on the exports front, he explained that the market for durable fans – the type produced here – can only be found in countries with similar weather and socio-economic conditions as Pakistan. “In continents like Europe and the USA – where summers are shorter and cooler than here – the demand is for disposable type, for storage of durable variety exceeds the replacement cost of a disposable one. This restricts our market to the Middle East and Bangladesh etc.”

Delving into details of why former markets for durable fans have evaporated, he said, “In Iraq, our agents do not have access to the ISIS-controlled areas. Partition of Sudan has left both parts financially crippled; they don’t have enough dollars to import. Bangladesh has started its own fan manufacturing industry and demand for Pakistani fans is going to plummet there sooner or later.”

To stay in one market, GFC has entered into a joint venture in Bangladesh and is about to start production there. “GFC is more popular in Bangladesh than Pakistan, and many have either copied our brand name, design or packaging. But even the fakes ended up making GFC popular, creating an opportunity for us to start operations there.”

GFC Fans will still be exporting fans to Bangladesh as Nabeel believes that it will take a while for the nascent industry there to match the quality of Pakistani product.

In disposable fans, Pakistan does not stand a chance to compete with China, said Nabeel. “In plastic-made disposable variety, China has a clear advantage, owing to mass buying and production of raw material, moulds and dyes. So China can afford to produce such specialized moulds as they can sell these molds to other companies too, but we cannot do that.”

To him the only way forward for the industry is to explore new markets, with Africa being the first. “We have already visited a few countries with trade delegations, though without much success, the difficulty is  being faced in convincing them to move from low-cost disposable fans they replace every year to one time expensive ones that they can use for years. Though an eight dollar disposable fan is worth $12 there, our $20 fan still appears expensive to that market. That however is our main target if we wish our industry to grow.”