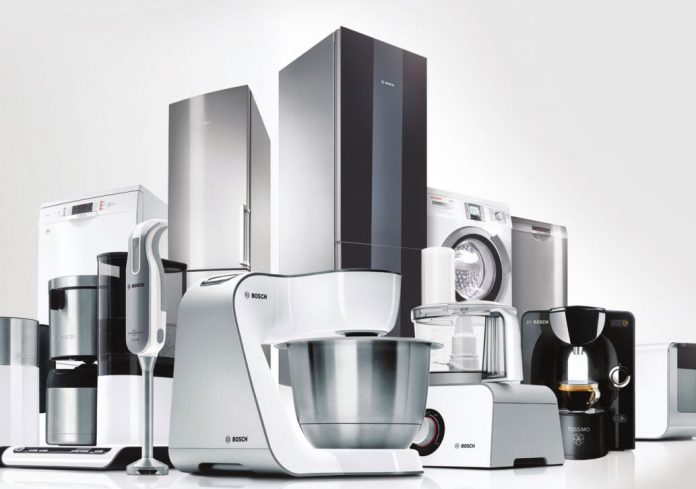 The renowned German multinational engineering and electronics firm, Bosch, entered Pakistan with its first liaison office in Lahore in February 2016 – meant to serve for the company’s automotive aftermarket, power tools and security systems business divisions. Almost two years later in December 2017, Bosch inaugurated two outlets to showcase its home appliances on two successive days, one apiece in Lahore and Islamabad – with expansion plans slated for the near future.

Bosch spent the time between establishing its liaison office to the showroom launch researching into the economic and political dynamics of Pakistan. At the eve of Bosch’s first entry, the then German envoy to this country, Ina Lepel, said, “with a young and growing population of nearly 200 million people, Pakistan remains an interesting market, which cannot be ignored in the long-run by multinational companies. Two years later, at the time of showroom launch, BSH Home Appliances FZE CEO Tomas Alonso concurred by saying, “It is a low inflation, high growth economy and there is a growing affluent consumer base, which is expected to increase by around 6 per cent annually. Both factors are having an overall positive effect on local purchasing power, which makes business sense for Bosch to start operating here.”

In addition to increasing population, lower cost of logistics, labor and transportation combined with high demand given the high temperatures, make Pakistan an attractive destination for Bosch.

Sizing up the market:

The two-year long research allowed Bosch to calculate the total size of the home appliances industry in Pakistan, and to decide their marketing approach while reaching collaboration agreement with MegaHome Pakistan. The company’s Regional Sales Manager Khubaib Khan also said that Bosch adapted its products to the needs of the Pakistan’s market and acquired compatibility before opening its showrooms.

In this $1.5 billion industry, Bosch brought an investment of around $5 million as its starting point. According to Alonso, Bosch neither plans, nor hopes to take over the market as a leader, rather operate in a niche, targeting the elite with the ability and desire to own products offered by this German multinational giant.

Alonso said, that he did not find any renowned European brand in the Pakistani market and to him that is a gap that Bosch can fill profitably. Khubaib added that all local brands including Haier, Gree, PEL, and Dawlance are all producing locally, while the few international brands like LG and Samsung are also dependent on SKD (semi-knocked down) for home appliances. “They bring them in Pakistan to save taxes and then produce locally as well. That results in 30-40 percent cost savings for them. We will do the same in the near future.”

While it may be safe to assume that Bosch has taken into consideration all challenges posed by the local brands, the question remains whether they will be able to overcome the biggest threat to this industry on the verge of extinction in Pakistan – smuggling. And if they do, how will the local brands fare – for they are already faced with a plethora of problems including rising cost of production, high inflation, eroding rupee value, lack of financing from banks, declining purchasing power, as well as apathy of the government adding to the bankruptcy of the industry.

Bosch plans to take a single view of the market, confining to the upper crust. A subliminal statement coming from Alonso hinted that there are customers who value luxury and brand names over lower prices, and they will be the ones to shop at these new showrooms. While this may not affect the local brands directly by a great deal, but it would take away some customers. And some of them might revert to smuggled goods for lower prices and better quality.

Until now even those customers who can afford more expensive products were buying the local primarily because of unavailability of brands like Bosch – helping the natives in maintaining prices and compete between themselves over quality.

With the quality conscious customers with the ability to purchase expensive products moving to Bosch and away from local brands, these brands will also likely fall victim to price wars to attract customers who make their decisions solely based on bargains.

In February last year, State Bank of Pakistan (SBP) imposed restriction of mandatory 100 percent cash margin at the time of import of electronics and home appliances, while on October 16, 2017 the government of Pakistan also imposed regulatory import duty of 20-30%. Amidst power crisis and unavailability of loans, the two moves steeply raised the cost of production. While at one hand, it affects the local producers directly by reducing their customers due to higher prices or cutting down margins due to competition, on the other hand it also means that the local producers will be selling lower quality appliances as compared to international brands without a major difference in price, leading to the local products becoming less competitive and possibly local production becoming unviable altogether.

DWP Group Senior Manager Marketing Services Shoaib Younus said, “Low quality brands which offer low prices are a big challenge for those who are providing quality products in a justifiable price. Consumer when finds low price they rarely think about quality which is always compromised in low rates.” With lower prices out of the picture, higher quality international brands will punch down the local brands.

On top of it all this industry is heavily dependent on imported components because the local industry has failed in establishing basic manufacturing units i.e. steel mills and petrochemical units. A majority of compressors used in refrigerators, deep freezers and air conditioners are also smuggled into Pakistan as scrap. It is one of the reasons that local production of compressors has remained economically unviable. While the share of many of the leading European, Japanese and American brands in on the decline, Korean and Chinese bands are becoming popular. According to Khubaib Korean refrigerators and ACs might be Bosch’s biggest competitors as well.

Producing efficient and durable products, Bosch’s 2016 R&D budget was $8.2 billion – five times the size of our entire home appliances industry. “Facing power shortage issue, it’s imperative for Pakistan that hundreds of millions of daily usage household appliances consume less energy to save the power,” said Considering that the local products might fail to be at par with the international giant means that native industry is staring at a bleak future. The Chinese and Korean appliances also found acceptance initially for their lower costs.

Slow at adapting to new technologies:

According to a study conducted by the National Engineering Exports Development Strategy (NEEDS), Pakistani domestic appliances sector has matured. Pakistan’s electronics and home appliances industry – like many others in the country – is also known to be slow in adapting to new technologies prevalent around the world. This makes it more vulnerable to modern tech players like Bosch. Proof of that can be seen when local industry coming to a grinding halt when split air conditioners were introduced globally. While we were still stuck on window type, the world had moved on to split type energy efficient air conditioners. With split ACs now having inverter technology with cooling and heating options, our industry is at a crossroads again. The air conditioners produced here are actually only assembled on CKD/SKD to avail the government incentives on offer.

It is unsurprising then that Alonso does not seem worried by market saturation. He said, “We are bringing better and more efficient technology and we are hopeful that people will still buy it from us.” As far as the local industry is concerned, without any innovation and considerable advantage over the previously available products, industry saturation might also play a hand against it.

Then there is this unceasing demon of smuggling. In June 2014 the Directorate of Intelligence and Investigation-Customs confiscated four trucks loaded with smuggled goods, including electronics, worth Rs80 million in Lahore. In July the same year, the customs seized electronic appliances worth Rs3 billion near Islamabad Airport. In 2016, electronic goods valued at Rs15 million were apprehended. In September 2017, the Customs reported electronics worth Rs10 billion being smuggled into the country. This is a vice eating out at the roots of the country’s industry. Smuggled items through the borders of Iran, Afghanistan, China, and the Afghan Transit Trade form a major part of the informal economy volume of which by some estimates ranges between 50 to 60 percent of the formal economy. It is on record that almost 90% of the appliances imported through Afghan Transit Trade never cross the border.

The demon of smuggling:

With such issues as ever-rising cost of production, smuggling, and weak basic manufacturing, there is little hope for Pakistan’s indigenous electronic appliances industry to compete with the likes of Bosch.

So, while Alonso might be focussing only at the affluent, as mentioned earlier, Bosch’s method may yet land it the coveted numero uno position. “We are targeting to become the number one home appliances supplier in Pakistan by doubling the turnover year-on-year.” As and when Bosch eventually becomes the market leader, the home appliances may also join the category of products affordable for the few – and not the many.