The scourge of tyre smuggling subsides, only to be replaced with... 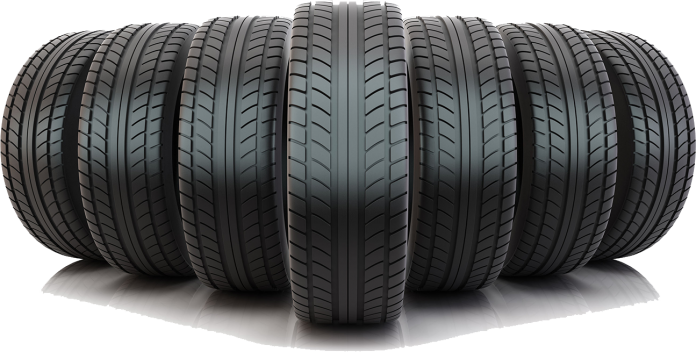 For long years, the local automobile tyre manufacturers had whined about 2.5 million pieces being smuggled every year. While the smuggling has subsided, to their great dismay and detriment, it has been replaced by a perfectly legit bugbear: the Chinese-manufactured auto tyres.

Apart from there being nothing illegal about their import, the cheap Chinese tyres flooding the market nevertheless pose a potent threat to the indigenous manufacturers. Not only inexpensive, compared to the local or smuggled brands, their quality too is first-rate – endearing them to importers and buyers alike.

Such is the plight of the indigenous tyre manufacturers that in the huge local market, their share is now just a puny 25 percent.

Preferring the Made in China tyres over the smuggled ones, importer Rashid Khan says, the latter though competitive in terms of prices, undergo rain and shine over long distances. “Exposure to such diverse weather impacts quality,” said Rashid, maintaining that the Chinese tyres are value for money.

The All Pakistan Tyre Importers and Dealers (APTIDA) reports that the Chinese variety is not just a bargain at Rs2,000 apiece less, it competes with the smuggled ones and is definitely superior to the locally produced tyres.

The competition in the replacement market is getting more intense day by day. The overall annual countrywide consumption is over 10 million pieces, whereas General Tyres’ optimum production-capacity is about 2.4 million – with the yawning gap between demand and supply, is filled through imports and smuggling.

According to estimates, the percentage split is approximately, 55% import, 25% local manufacturing and 20% smuggling, as noted in a report containing analytical data by General Tyre and Rubber Company’s marketing department and replacement market.

In 2013-14, about 2 million units – 25 percent of total demand – was produced locally, 48 percent of 3.8 million tyres were imported while the rest 27 percent were smuggled. Of the total imports, the Chinese tyres had a market share of around 50 percent while in truck bus radial tyre 90 percent imports were from China.

“When we order the same tyre to the Chinese companies they offer us actual rates – invariably higher than those of what importers quote here in Pakistan,” said Fahad Zaki Farooqui.

“Dumping was commonly practiced by foreign manufacturers and for a long time this was done mainly through smugglers who took advantage of high tariffs imposed on tyres and tubes. China also took advantage of the situation and dumped low-priced and moderate quality tyres into the Pakistani markets. Importers blamed the government for being lenient towards China,” reads a report posted at General Tyres web portal.

According to All Pakistan Tyre Importers and Dealers (APTIDA) report issued in 2000, tyres of Indian and Japanese origin have inundated the local market and around 770,000 tyres were being smuggled annually, causing an estimated loss of Rs2,100 million annually.

The dealers state that the Japanese variety is cheaper by Rs1,000 apiece compared to locally made and imported tyres while the Chinese are lower in price by Rs2,000 – their superior quality over locally manufactured ones an additional advantage.

According to Pakistan Customs’ reports smuggling causes Rs20 billion loss to the national exchequer, out of which Rs6.5 billion to Rs7 billion was caused by tyre smuggling as 2.5 million units were smuggled into the country every year.

India, China, Korea, Japan, Indonesia, Thailand, Turkey, and Russia are the tyre-producing and exporting nations. “Smuggling is going on unimpeded, facilitated by lax enforcement and detection, tax anomalies, lack of patronization to the local industry by the government agencies etc. Due to the prevalent adverse circumstances in which the local industry operates, three out of the five tyre-manufacturing factories including Atlas Tyres, King Tyres, and Delta Tyres have ceased to exist,” says General Tyres.  The knock-on effect of the underground economy means decreased tax revenues, depressed GDP and grave socio-economic issues.

The low Import Trade Prices (ITP) are creating an uneven ground, the local industry claims. “The duty on truck, bus radial tyres from China is at zero percent while it is five percent on imports from other regions.”

The government should increase duty on tyre imports as it will also help its goal of Gross Domestic Product (GDP) of seven percent by 2018. “As things stand, the government’s present policy of lower import duty is hurting its own stated objective”, said the industry expert, Javed Rashid, CEO J Rashid & Company Lahore.

“The government can put 20 to 25 percent increase in the ITPs of tyres imported from China, as it would assist the government in increasing revenue and minimizing the size of tax evasion”, said a General Tyre Company spokesman.

It also hurts government’s macro plans to generate employment in the large scale manufacturing sector as further foreign investment to setup plants will decrease owing to the absence of level playing field.

According to traders there are 70 shops in Rawalpindi Saddar’s main tyre market and each one of these deals in the smuggled tyres.

Traders rewrap the tyres and paste the sticker of well-known manufacturers to dodge the customer. These tyres expire way earlier, hurting the consumers in the pocketbook and, being substandard, also can cause accidents. Some smugglers even bring used tyres made for colder climes, not suited to our weather conditions. “The compounds used in winter tyres are not suited to our climate where temperature starts rising in spring, leave alone summers, when the mercury can hover around or beyond 50 degrees Celsius in the plains, making the tyres highly dangerous”, said Javed Rashid, an importer.

The Western countries dispose of these tyres through contractors from whom smugglers bring these over to Pakistan.

Traders of locally-produced tyres have demanded of the government to pass a law that if a tyre tread depth reaches 1/6 of original tread depth it should be changed – a standard practice in developed countries.

Traders have also suggested to the government to make a check post at every 100 kilometers on highways leading to consumption areas from smuggling hubs, like Chaman and Landi Kotal. To them, stern action against smugglers is a must to create a sense of deterrence.

After being frozen in time for three years, the bank is making quick moves to get back in the race
Read more
FEATURED