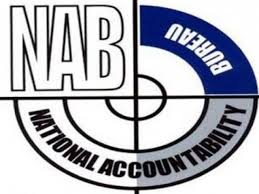 ISLAMABAD: The  National Accountability Bureau’s (NAB) executive board is considering conversion of an inquiry into a formal investigation to probe the KASB Bank amalgamation deal that occurred over two years ago.

According to an inquiry report issued by NAB, unjustifiable concessions had been observed in the process of BankIslami taking over the former KASB Bank for a mere amount of Rs1,000.

The Public Accounts Committee will investigate the KASB Bank deal in which the central bank is alleged to have extended undue favours to BankIslami at the expense of public funds.

The inquiry that had been directed by NAB in September 2015 is to be converted into an in-depth investigation after the bureau refused to give into pressure by various entities. The central bank’s decision to hand over the bank to BankIslami came as a surprise especially after the SBP pledged a cash support of Rs20 billion to the buyer. This is likely to be the focal point of the investigation.

The NAB inquiry has held seven high-ranked SBP including the then governor Ashraf Wathra and two individuals connected to AF Ferguson of concluding a “non-transparent amalgamation of KASB bank into BankIslami and grant of Rs20 billion concessional loan by SBP to BankIslami”.

The AGP report revealed that the SBP suffered Rs435 million in losses as a result of  grant of  Rs5-billion concessionary loan that had been approved to Bank Islami.

However, the report could not conclude that a Rs3-billion loss that the SBP sustained was due to the Rs5-billion loan at an extraordinary low rate of 0.01% per annum for 10 years to BankIslami. This was due to the fact the SBP misrepresented the balance sheet for the year 2014-15.

This puts a question mark on the motives behind hiring AF Ferguson by the central bank, stated the NAB sources.

The KASB sponsors have repeatedly shown reservations over the SBP’s decision to assign the valuation task to AF Ferguson. They argued that the external auditor was not independent due to multiple reasons including the fact that the Financial and Tax Due Diligence of KASB Bank was conducted by the same firm in addition to it being the auditor of SBP and Bank Islami.

In addition, there was also a conflict between the SBP and KASB Bank and its sponsors on its valuations, which also showed that AF Ferguson was also in a conflicting position according to the Code of Ethics for Chartered Accountants.

According to the inquiry report, AF Ferguson did not conduct a fair valuation of the worth of the former KASB bank.