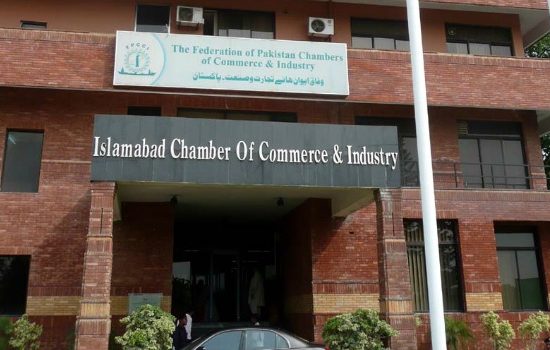 Addressing a ceremony Islamabad Chamber of Commerce and Industry (ICCI), President, Sheikh Aamir Waheed said that the SME policy was last reviewed in 2007.

Amir has formally taken over charge as President, Muhammad Naveed as Senior Vice President and Nisar Ahmed Mirza as Vice President, Islamabad Chamber of Commerce and Industry for the year 2017-18.

In this regard, a handing over and taking over ceremony was held at ICCI, said a press release issued here.

Speaking on the occasion, Aamir said that the revival of the economy, SME sector must be supported with business-friendly SME policy.

Realizing the importance of SMEs, the USA and European countries have developed various policies and institutions to facilitate the growth of SMEs, he remarked.

He said some of the developing countries including China, Taiwan, India and Philippines have also taken steps to create empowering environment for SMEs.

He stressed the need for following the same strategy and take policy measures to enhance the role of SMEs in the economic growth.

He also stressed that SMEDA should consider gender angle while reviewing SME policy because women represent 50 per cent population of the country.

He assured the business community that he would work hard for highlighting the major problems of trade, industry and services sector and get them resolved by taking up with relevant forums.

ICCI Senior Vice President, Muhammad Naveed and Vice President, Nisar Ahmed Mirza said that SME sector was the backbone of Pakistan’s economy in terms of its contribution to the GDP, employment and export development. They emphasised that government should support in resolving major problems of SMEs on a priority basis.

They added that although 90 per cent enterprises are in the SME sector nevertheless they only get access to a small portion of the total private sector credit, constricting their growth.