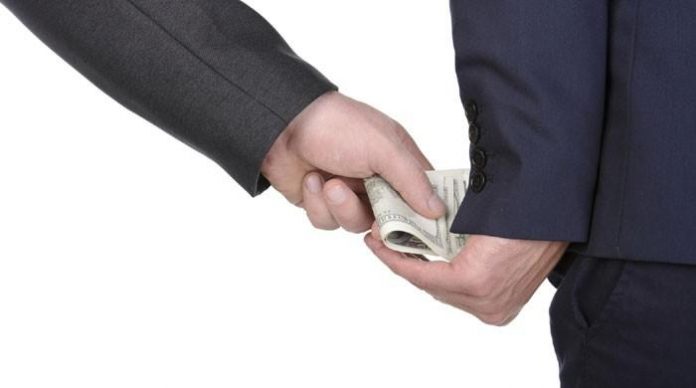 ISLAMABAD: Though the newly amended import policy of Ministry of Commerce (MoC) is designed to discourage the imports of over 500 food items, the new rules are likely to boost corruption at ports.

The new policy has identified over 581 food items to be strictly monitored at ports, ensuring the quarantine standards of the country. These items, as per the policy, are importable subject to the quarantine requirements of animal/plant quarantine department of Ministry of National Food Security and Research (NFSR).

“As the existing rules of quarantine have not been fully implemented previously for involvement of officials of Plant Protection Department in corruption and kickbacks, the new conditions would definitely increase the illegal income of the government employees,” said sources at NFSR.

“Importers of such items usually get released or cleared at ports after an under-the-table deal with officials of Plant Protection and Pakistan Standard Quality Control Authority (PSQCA) of Ministry of Science and Technology (PSQCA). Strict inspection of import items usually means increasing margin of the deal with the government officials deployed at ports to check quality of importable food items,” they said, adding that in this way, imports of the 581 items could not be discouraged or halted until the issuance of certificates and inspection process of goods were made transparent at ports.

The MoC and Federal Board of Revenue (FBR) have imposed new or increased regularity duties on 731 items through an SRO. However, after increasing conditions, the ministry has tried to discourage import of another 581 items through directing NFSR and Ministry of Science and Technology to strictly inspect the imported goods and allow only those items which meet the criteria and quality standards set by Plant Protection Department and PSQCA.

Interestingly, through a recent letter sent to the Ministry of Science and Technology and PSQCA, Pakistan Custom Agents Association has complained that bribes were being demanded from all members of the association on every imported shipment at ports.

According to the letter, Computer Operator Zaidi Tayyab, who works with PSQCA Import Officer Farooq Ahmed Khan Mughal, was demanding Rs20,000 to 25,000 for the issuance of import certificate. Besides that, he also demanded Rs1,500 to 2,000 for processing of each application from the customs agents.

The letter also says that a Computer Operator Arif Qasim Khan, who works with Import Field Officer Dr Hussain Bux Shaar also demanded Rs 10,000 to 15,000 for the issuance of relevant certificate besides also demanding Rs 1,000 to 1,500 for processing of each application daily.

According to the letter, the copy of which is available with Pakistan Today, bribery is a routine matter at the port. It says that even a peon Ashrar Bihar Wala demands pocket money (bribe) for clearing the goods. This is giving a very damaging impression of the government institution like PSQCA. The officers/staff claim that the bribe they receive is shared with high officials of PSQCA including director general.

According to sources at the Ministry of National Food Security, some officers and staff of Plant Protection Department are also involved in making money through illegal practices at ports, resulting in imports of unnecessary and low-quality food items in the country.

The director general and other officials could be not contacted for comments despite repeated attempts.