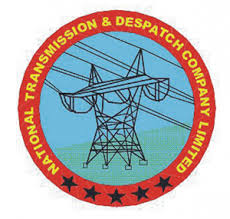 Sources told Pakistan Today that NTDC, notorious for failing in achieving targets, preferred to pay commitment charges to the financial institutions for making delays in execution of projects. According to documents available with Pakistan today, NTDC paid $ 3.385 million on account of commitment charges.

The 220kV Gujrat grid station was part of National Power System Expansion Plan-2011 with the Contractual Completion Date (CCD) of March 21, 2015, which was extended to December 31, 2015, and then June 2016 and later February 2017. The minister of state for power finally inaugurated the grid on October 25 this year while appreciating and rewarding the ‘hard work’ of NTDC officers and staff with bonus salaries, contributing towards a cost overrun and ending at Rs1.97 billion after completion.

Documents show that NTDC’s performance, with respect to the execution of development projects, has been terrible with delayed material delivery due to type tests and pre-shipment tests; delayed letter of credit opening by the bidders and relevant processing by NTDC, thus resulting in delayed issuance of commitment letters; and delayed submission of signed civil works contracts by NTDC.

The documents highlight that delays mostly appeared during the implementation stage. Moreover, 84 sub-projects suffered from examination issues, affecting the material delivery, and 102 transmission line subprojects had problems in obtaining the right-of-way. Other causes of delay included: (i) the time required to establish team (ii) commercial issues with contractors (iii) damaged or faulty equipment (iv) delayed approval of equipment and design and (v) the longer time required for equipment tests, partly due to complex requirements in the technical specifications, late delivery of drawings, and problems interfacing new and existing equipment.

Documents also underline the problems of improving procurement practices, problems being identified at the beginning of the projects, weak institutional capacity, procurement and financial management challenges and delay in project completion. “There were cases of re-bids and cancellations, and some contracts also required 6–8 months to become effective. There was also a delay in opening letter of credit (LC) accounts very often,” the sources said adding that there was also a concern over the leaking of confidential bid evaluation information.

“NTDC was consequently required to tighten its bid evaluation procedures and issued standard operating procedures for information management,” they said and added that the NTDC should develop from experience gained in the projects, and recognise and mitigate risks.