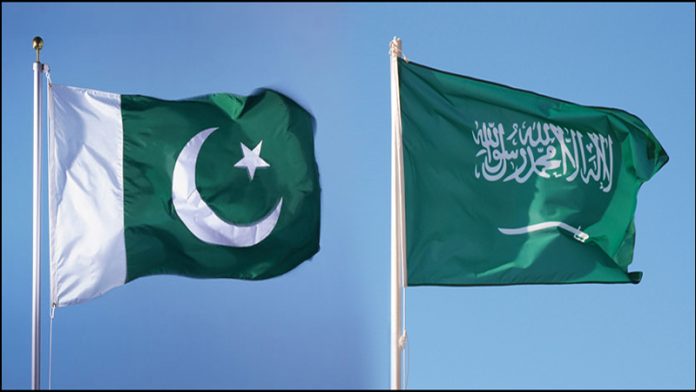 During a meeting with Saudi ambassador Nawaf Saeed Ahmed Al-Malkiy here, the minister briefed him about the potential sectors for investment in Pakistan.

He stated that Pakistan and Saudi Arabia enjoy very close brotherly relations and expressed the hope that Riyadh will avail investment opportunities and play its role in the progress of Pakistan.

Both the dignitaries discussed matters of mutual interests. The Saudi envoy said his country was interested in working in CPEC and Gwadar port development. The Saudi ambassador said that Riyadh will continue cooperation with Pakistan and the bilateral relations will further grow in the future.

He said that there was a great scope of investment in CPEC including railways, motorways, aviation sector and last but not the least Gwadar port.

Meanwhile, Senator Sehar Kamran has said that CPEC would enhance the naval importance of the country as more than 80 per cent energy and trade-related activities were being carried out through the project.

Talking to APP, she said the strategic location of Pakistan in South Asia makes it the most important country in the region. The CPEC project would not only benefit Pakistan but the whole region including Central Asia.

“The seaports, neighbouring sea and mountains have tremendous economic and military potential”, she added.

Sehar Kamran said that Gwadar was a naval gateway to Pakistan and it heralded a prosperous Pakistan.

The senator said that CPEC had given new importance to Pakistan as our seaside carries tremendous economic benefits which can benefit Pakistan in a number of ways.

To another question, she said that there was a need to develop job opportunities by developing merchant navy so that educated youth could get employment opportunities in this sector.

She said that all provinces and other territories including Gilgit-Baltistan and Azad Jammu and Kashmir (AJK) should introduce the study of oceanography in skill development institutions, as a subject, so that ocean-related economic benefits in the wake of CPEC could be fully exploited.

Sehar said that CPEC would become the backbone of Pakistan economy as 90 per cent energy and trade-related activities were being carried out through sea routes.

“The completion of CPEC and its related development projects would provide tremendous job opportunities for the locals of Gwadar.”

Sehar Kamran said that economy was the priority agenda of nations and CPEC would develop new economic potentials for the country, adding it would change the fate of the entire region.