Diamer-Bhasha dam gets excluded from CPEC 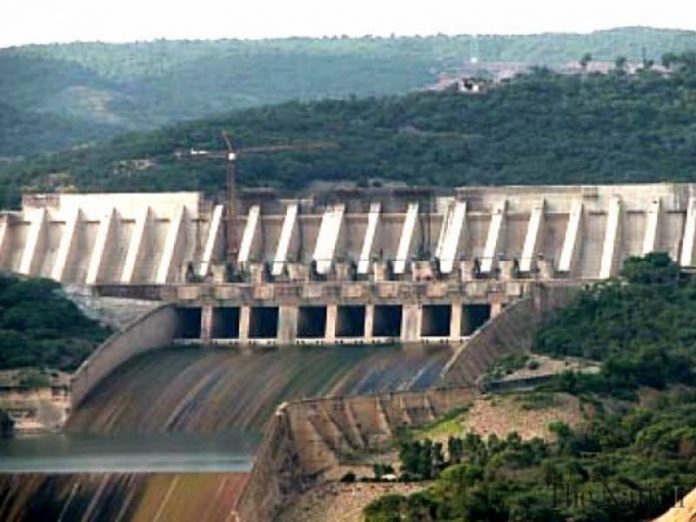 ISLAMABAD: China’s demand of ownership rights and other strict conditions for Diamer-Bhasha dam has forced Pakistan to exclude this project from China-Pakistan Economic Corridor (CPEC).

He shared that Chinese conditions included taking ownership of project, operation and maintenance cost and securitization of Diamer-Bhasha project by promising another operational dam.

Considering these conditions as unacceptable, Prime Minister Shahid Khaqan Abbasi moved a summary saying that Pakistan would finance Diamer-Bhasha dam from its own resources.

This issue of removing the project from CPEC was also brought up during Cabinet Committee on CPEC which met last week.

PM Abbasi was apprised by Wapda Chairman and water resources secretary that the only solution to this problem was to fund this delayed project from its own resources.

This development comes merely days before the seventh JCC meeting scheduled to be held on November 21st in Islamabad.  Around 15 prioritized energy projects valued at $22.4b and possessing 11,110MW generation capacity come under CPEC and majority of them are based on coal. Only two projects of 1,590MW capacity are hydel-based.

Pakistan has faced challenges in raising funding from international finance institutions due to fierce Indian opposition. There was optimism that Diamer-Bhasha project’s inclusion into CPEC would have finally resulted in its completion.

Wapda Chairman alleged ADB for having destroyed the project and then refused to finance it besides holding it responsible for the delays. He said the project would cost Rs14b and PM Abbasi had agreed to break the scheme into dam storage and power generation.

As per new financing plan; federal government would give Rs30b per annum over a period of nine years from Public Sector Development Programme (PSDP). Hussain shared WAPDA would provide 20pc equity from its own resources, whereas funding for setting-up of power plants would come from commercial sources.

Work on Diamer-Bhasha dam will begin in 2018 and it would take nine years for the project to be completed and power generation site construction will begin 2.5 years after its initiation.