US tax overhaul will increase debt and interest costs 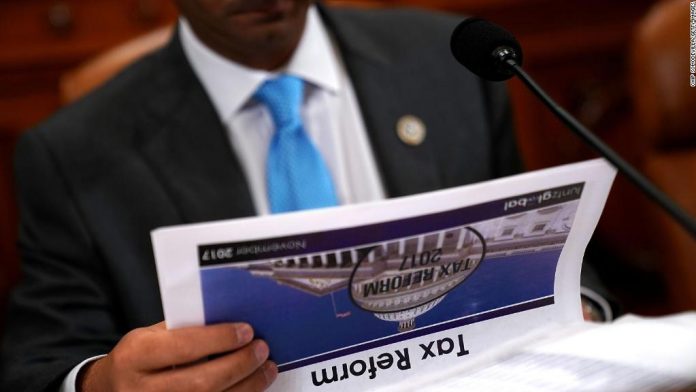 WASHINGTON:  A U.S. tax overhaul will increase the government’s need to issue more Treasuries as interest costs on the country’s debt become a larger drain on the budget.

The U.S. Senate on Saturday approved a tax rewrite, which the Congressional Budget Office has estimated would double the deficit over the coming decade to around $2.8 trillion.

That would add to the worsening debt outlook, which is already hurt as an aging population boosts healthcare and retirement spending.

Increases in issuance could push up bond yields, adding to the cost of carrying the debt.

“The debt continues to grow faster than the economy,” said Susan Irving, a senior advisor for debt and fiscal issues at the nonpartisan U.S. Government Accountability Office in Washington.

Rising debt costs will leave less room for other forms of government spending, absent unpopular changes such as tax hikes.

“It increases the government’s interest cost, it puts pressure on other parts of the budget, and it limits the ability to respond to unforeseen events,” Irving said.

U.S. net interest costs rose to $274 billion in fiscal 2017, the most on record, according to the government’s fiscal 2018 budget.

They are projected to increase to $528 billion by 2022, which would account for 10.9 percent of total outlays, up from 6.8 percent this year, the budget shows, making interest costs the fastest-growing major expense over that period.

The proposed tax changes will add to the already worsening picture.

Pressure is intensifying to fix the country’s debt problem.

The United States needs to raise its debt limit in the coming months, and if it does not, the non-partisan Congressional Budget Office estimates the U.S. Treasury would run out of cash to pay its bills by late March or early April.

Congress has a notional Dec. 8 deadline to raise the debt ceiling, but the U.S. Treasury can take emergency measures to delay the drop-dead date.

If increased Treasuries supply leads to higher yields, the impact on the budget will be worse.

Since the financial crisis of 2009, refinancing high- interest-rate debt at lower rates has held down interest costs even as the debt doubled in size. But with rates now at historic lows, there is less room for further savings.

“For another steep drop in interest rates to create similar opportunities to extend the average maturity while reducing overall costs, interest rates would have to cross into negative territory,” rating agency Moody’s Investors Service said in a recent report.

The CBO estimates the government will need to increase debt by around $900 billion next year, in part because the Fed is reducing its participation in the market.

The Treasury said in November that it expects to announce changes to the sizes of debt auctions in February for the first time since 2009, though it is expected at first to concentrate increases in short- and intermediate-dated debt.

That increase in supply may send borrowing costs higher.

If tax cuts fail to spur faster growth and inflation, however, one possible solace could be that debt financing costs stay low.

Benchmark 10-year Treasury yields tumbled from 15.5 percent in 1981 to 7 percent in 1986 as inflation plummeted, even as the debt rose to $2.1 trillion from $1 trillion in the same period.