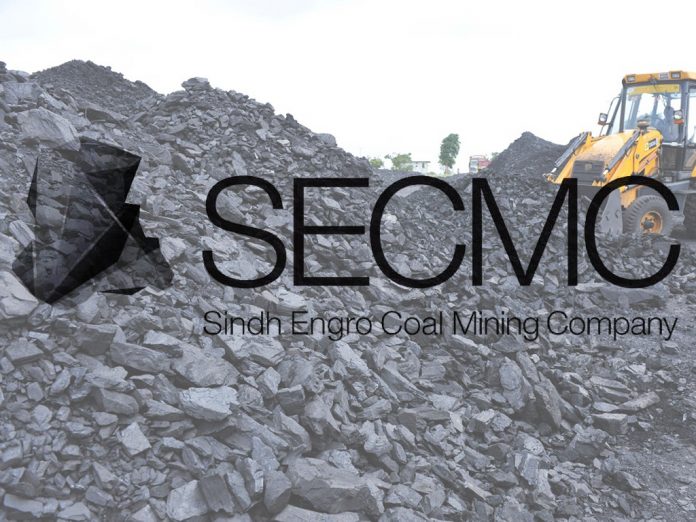 KARACHI: Private sector investment, particularly the development of billion-dollar coal projects in Tharparkar will certainly change the fate of its residents.

Sindh Engro Coal Mining Company (SECMC) media and communication incharge Mohsin Babbar said in a press statement that Thar Foundation has been established by the SECMC and Engro Powergen Thar Limited (EPTL) together with the Sindh Government for the betterment of the principal stakeholders of Thar Coal, the people of Tharparkar. “The foundation, with the help of other organisations, has so far spent Rs 4 billion on healthcare, education, livelihood, skills development and social and cultural preservation of the dwellers of Thar. Various NGOs are keen to contribute their part to the development of the district.

Highlighting plans, Babbar said a 250 bed Thar Foundation Hospital would be constructed in Islamkot in collaboration with Indus Hospital, Shahid Afridi Foundation and Government of Sindh by the end of 2018. The project would cost $ 15 million. Architectural designs of the hospital have already been finalised.

As many as 28 local Thari women have been trained for driving trucks in the first batch of ongoing ‘women dump truck programme’. We have received nearly 100 applications for the coming batches, he said.

In collaboration with the Global Health Directorate and Indus Hospital, TB and immunisation camps have been started in Block II.

SECMC and Engro Powergen Thar limited (EPTL) along with other partners are working on lignite excavation and construction of 660 MW indigenous coal-based power plant in Thar Coalfield Block-11. Thar Coal project is among the largest public-private partnerships in Pakistan’s history. With a combined investment of $ 3 billion, it is largest private investment under CPEC with the majority of equity being contributed by local investors.

He said SECMC has signed a MoU with TCF to establish 1000 students’ capacity schools in each taluka of Tharparkar. A total of 8 schools will be constructed.

Similarly, Thar Foundation has constructed 3 primary schools in Bitra, Mansingh Bhee, and Thariyo Halepoto villages which would cater to 580 students.

Moreover, 215 Thari locals were trained as dumper drivers in 3 months. These locals form an integral part of the mining workforce accounting for 73 per cent of the drivers at the mine.

Meanwhile, 75 per cent out of the total 2000 local employees in SECMC belong to Tharparkar, he said. The ‘one year programme’ has been designed in collaboration with Saylani Welfare Trust to train 50 Thari students at Saylani Institute in Karachi. The course will cover web development, Javascript and mobile app development along with soft skills training. The students will also be provided mentorship by Engro’s IT department.

Senhri Dars and Thariyo Halepoto villages will have to relocate for mining purposes for which SECMC has developed a Resettlement Action Plan (RAP) in consultation with the GoS and the local population of Block-II.

SECMC has planted around 30,000 trees with a vision to plant 10 trees for every tree cut. So far we have also installed and operating at our own expense 4 RO plants in the nearby area of the reservoir to provide drinking water to the local community.

Thar Foundation is working with the Government of Sindh to take over all government schools (700) in the Islamkot Taluka over the next 5 years which will be the largest public-private partnership in the social sector.