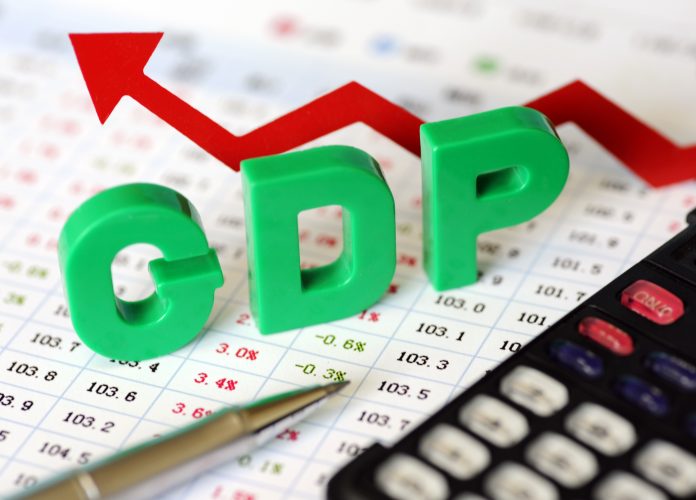 KARACHI: Despite all efforts of the federal government to reduce the current account deficit (CAD), the country’s CAD further widened to $ 6.430 billion in July-Nov 2016-17, which is almost double compared with the previous year figures of $ 3.371 billion.

Country’s current account deficit has surged to $ 6.430 billion during the July-November 2017-18 up by $ 3.059 billion or 95 per cent compared to last year. The analyst says “it indicates a poor financial management of the finance ministry as it failed to overcome the rising imports.”

Despite all week indicators, the SBP figures show that the country’s Gross Domestic Product (GDP) is rising with the ratio of 10.70 per cent to $ 141.938 billion in last five months compared to $ 126.740 billion in the same period last fiscal year. According to the SBP’s projection, full-year GDP would remain around 6 per cent in 2017-18, but the International Monetary Fund (IMF) projected country GDP’s growth by 5.6 per cent.

After the devaluation of the Pak-rupee by 5 per cent in last week, the CAD will definitely move up by almost five-six per cent, he added. The devaluation of Pak-rupee will affect every product in Pakistan including petrol and food items.

According to the data released by the State Bank of Pakistan (SBP) on Wednesday, the State Bank reported 95 per cent increase in the CAD in July-Oct 2017.

The balance of payment figures rang an alarming bell for the economists as the deficit touched $ 1.4 billion in November compared to $ 1.296 billion in October 2017, an analyst said. The current account deficit is widening only because of rising country’s imports bills and lower inflows of foreign direct investment (FDI).” The CAD widened almost double in last three months.

Despite rising CAD, the foreign exchange (FX) reserves of the State Bank have been under pressure and were slightly improved in November 2017 to $ 14.666 billion, which covers only 3-4 months of imports bills. After receiving an amount of $ 2.5 billion from the sale of dollar bonds in New York and the UK, the total reserves of the country are standing at $ 20.686 billion.

The import bills had touched $ 21.881 billion in past five months which is almost double of the local export’s inflows of $ 9.799 billion, the SBP’s data said.

The federal government through Federal Board of Revenue (FBR) had issued a list of 731 items to impose 30-50 per cent regulatory duty on import of goods, which halted the imports of luxurious goods in November, the analyst claimed.

The State Bank is persistently facing payment pressure from international donor agencies including the International Monetary Fund (IMF). The rupee is now being traded in the interbank market at Rs 110.50 today compared with $ 105.83 on November 1, 2017.