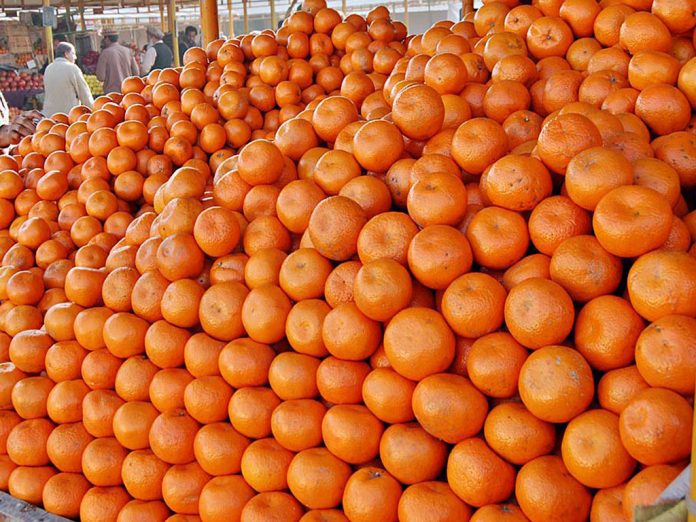 ISLAMABAD: In a bid to balance the highly imbalanced trade between Pakistan and Indonesia, the latter has agreed to allow quota-free import of kinnow from Pakistan besides extending the period for the import of 65,000 tonnes rice from February 28 to March 30.

Indonesia has already agreed to grant zero-rated market access to 20 priority items of Pakistan under the Preferential Trade Agreement (PTA) to balance the bilateral trade, which had turned largely in favour of Jakarta after signing the PTA in 2012 under which the import of edible oil from Indonesia was multiplied. Before the agreement, Pakistan was largely depending on Malaysia for import of edible oil.

Addressing the Pakistan-Indonesia Business Forum, held in Islamabad on Friday, Commerce and Industry Minister Parvez Malik said that Pakistan and Indonesia enjoy close relations based on religious affinity, mutual trust and cooperation. “Our warm political ties transformed into a strong economic bond when during the visit of the president of Indonesia to Pakistan in November 2005, both sides signed the Comprehensive Economic Partnership Agreement (CEPA). Under the umbrella of CEPA, both sides entered into a PTA in 2012 which has been operational since 2013,” the minister said adding that with the implementation of the agreement bilateral trade is on an upward trajectory, rising from $1.392 billion in 2012 to $ 2.375 billion in 2016-17.

“This not only raised serious questions over the viability of this PTA but also threatened the original plan to graduate to a comprehensive Free-Trade Agreement (FTA) between the two countries.  Convinced of the great potential the Indonesian market holds for Pakistan, Ministry of Commerce wanted a review of PTA and sought the cooperation of our Indonesian brothers in making this Agreement a win-win proposition. Accepting the demands, Indonesia not only removed the impediments to Pakistan’s current exports but also, unilaterally agreed to grant zero-rated market access on 20 priority items of Pakistan’s export interest,” Parvez Malik said.

The minister said Pakistan’s economy has been on a path of recovery since 2013. During the last fiscal year, the GDP registered a growth of 5.3 per cent, the highest in last ten years.

The government’s effort to restore peace and stability and meeting energy requirements has helped Pakistan take strides towards economic prosperity. The Large Scale Manufacturing in Pakistan recorded growth of 5.6 per cent in Fiscal Year 2017 (FY2017), and the momentum continues in the current fiscal year. The overall business sentiment in Pakistan has significantly improved which has encouraged a number of firms to pursue expansion plans. Foreign Direct Investment (FDI) in Pakistan has also seen an upward surge and is expected to rise further with impetus provided by China-Pakistan Economic Corridor (CPEC) related projects.

Addressing the event Republic of Indonesia Trade Minister Enggartiasto Lukita, said that his country is ready to extend all kind of support to Pakistani exporters to balance the trade. He said that Pakistani fruits are liked in Indonesia and the free quota import of kinnow is being allowed to facilitate more exports from Pakistan.

He further said that Indonesian investors are also interested in investing in Pakistan where lucrative investment opportunities have been created by the CPEC. “A strong palm oil industry can be established through bilateral cooperation and an office to deal with palm oil-related issues will be opened in Islamabad,” he added.

During the business forum, a memorandum of understanding was also signed between representatives of chambers of commerce and industry. Ambassador of Indonesia Iwan Suyudhie Amri was also present on the occasion.