Provinces working as a team for CPEC: Ahsan Iqbal 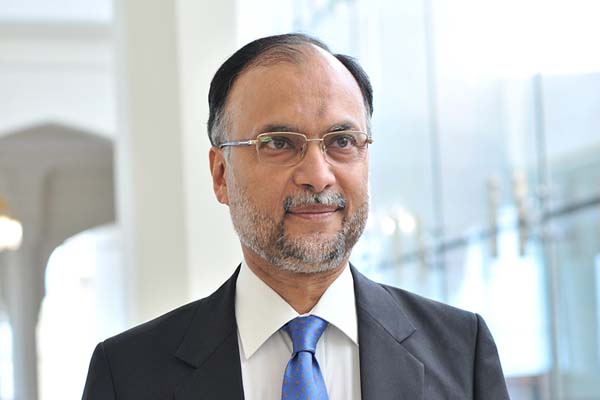 ISLAMABAD: Minister for Interior and Planning, Development and Reform Ahsan Iqbal has said that the broad consensus amongst the provinces has provided an opportunity to expedite China-Pakistan Economic Corridor (CPEC) projects and ensure their successful completion.

“All the provinces are fully onboard and eager to pluck the fruits of CPEC” said the minister, while responding to the CPEC Special Committee reports in the Senate.

He said that the provincial leaders are fully contributing in the decision making process since the launch of this initiative, irrespective of their political affiliation. “Chief Ministers and their teams have ensured their full participation in the Joint Working Groups and Joint Cooperation Committee of CPEC which is a manifestation of the government’s will to guarantee transparency, inclusiveness, national cohesion and sense of equality”.

He further said that CPEC, a project of inclusive development in Pakistan, undoubtedly, offers huge dividends for the provinces and regions of Pakistan, opening new avenues of opportunities for the people of the country, particularly, underdeveloped regions. The transport infrastructure projects of CPEC will give a boost to economic activities in far-flung areas of Khyber Pakhtunkhwa (KPK), Balochistan and Sindh and thus would help in the emergence of new urban and economic centres, he added.

“Economic activities at the smaller level are starting to crop up in the form of huts, hotels and new markets on the roadside to cater the needs of traffic on completed links of the western route from Quetta to Gwadar. This is a glimpse of a bright future when the region would be a “centre of focus” of local and foreign investors to benefit from the economic potential of these areas” the minister highlighted.

He underlined that the western route project, approved by the All Parties Conference held on May 28 2015, is under execution as decided by the national leadership.

Ahsan Iqbal said that a number of provincial infrastructure projects, Mirpur Mansehra Road, Nokundi Mashkhel Panjgur Road and Gilgit Chitral Chakdara, as well as the development of Keti Bandar Port, have been included in CPEC which would further enhance connectivity. He further said that under CPEC, circular railway projects are being implemented in all the four capitals.

Ahsan Iqbal said that CPEC’s Special Economic Zones (SEZ) in the provinces will attract investment in different sectors thus would boost the overall economic status of the provinces.

SEZs would help in the creation of thousands of jobs for the local youth. Government is planning two to three road shows in China to attract investors to ensure early population of these SEZs. This cooperation would be completed from 2020 to 2025 and it is open for all investors, he told the Senate.

The minister highlighted that the 820km long fibre optic that passes through Gilgit-Baltistan (GB) and KPK to connect Rawalpindi and Khunjerab is planned to be completed this year. “The project will not only turn the trade corridor into a digital corridor but will also bring a boom to Information and Technology (IT) related industry in this region along the route”.

Ahsan Iqbal further told that under CPEC, the government was able to attract $5 billion to explore coal resources of Thar for the first time in the history of Pakistan. “China has proved as a trustworthy friend of Pakistan by investing and completing mega energy projects in the country that helped in overcoming energy crisis. All the power plants meet international environmental standards”, he highlighted.