The private equity firm, amongst the leading ones in developing countries had been accused by investors for misuse of funds 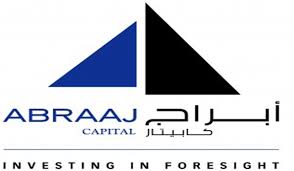 LAHORE: Abraaj Group in a statement has denied any wrongdoing that money from its $1 billion healthcare fund was used for other purposes.

In a clarification offered to Financial Times, Abraaj stated all reports circulating in the media were inaccurate and false. It added some of the capital from the fund hadn’t been used as fast as expected due to regulatory and political developments in markets where Abraaj operates.

Abraaj has also hired the services of KPMG to investigate the matter and authenticate all receipts and payments made by the fund. Also, Abraaj told FT delays in usage of funds had also been conveyed to the investors.

On Friday, a report in New York Times alleged investors in a $1 billion health-care fund managed by Abraaj Group including Bill and Melinda Gates Foundation, the World Bank’s International Finance Corporation (IFC) unit, and government-backed development finance organization’s CDC Group PLC and Prop Arco Group reportedly hired a forensic accountant to examine and trace exactly what happened to $200 million given to Abraaj for investments in the healthcare sector in developing economies such as Pakistan, India, and Nigeria.

Abraaj Capital divested majority stake in K-Electric to a Chinese power entity in October 2016. It has been present in Pakistan since 2004 boasting a diversified portfolio of investments in several sectors including healthcare, power distribution, renewable energy and industrials.

The group has been very active in the healthcare sector, recently investing in the Islamabad Diagnostic Centre, aiming to profit from the market gap in the highly shattered diagnostic market within the health sector.

Most recent investments by the group include Cinepax, country’s leading cinema operator with 29 screens in 12 locations across 8 cities. Abraaj aims to triple the size with 80 new screens in the next four years with this partnership.