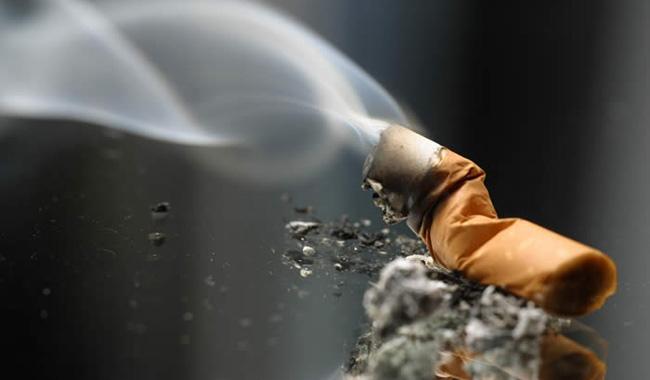 Gold Leaf is a popular cigarette brand in the country, and Kabir Khan usually puffs up on it. But occasionally when he is with his university university friends, he prefers to flaunt with Benson & Hedges – a premier global brand. It goes without saying that it is smuggled, evading the heavy taxes on tobacco. This fact though does not really fill KK and his friends, or the one who smuggle it and outlets that retail it, with an iota of remorse.

“Without requiring any reference, I pickup my supply from either the wholesale market in my area or from Boulton Market [Karachi’s oldest and largest wholesale market where multiple brands are available by cartons off-the-shelf],” said Shakil Khan, a roadside vendor dealing in cigarettes and chewable tobacco in North Karachi. His stock contains smuggled brands for his many customers.

“Occasionally the government cracks down on gutka and mainpuri [a chewable variety] and other tobacco products. That’s why we only sell these to people we already know,” said Naveed Wasim, who owns a modest kiosk cabin in Landhi. “Smuggled cigarettes is different altogether; we can easily sell that to every customer whether we know him or not,” he adds.

Ranked fourth in Asia in terms of illicit cigarette trade, one out of every four cigarettes sold in Pakistan the country has been brought in illegally, a number 137 points higher than the global average, according to a research by Nielsen conducted in 2014.

A billion sticks added each year:

During the last half a dozen years, the illicit trade segment has grown by a staggering 43.5 percent – on average, more than a billion sticks are added each year – while the tax-paid cigarette volume has declined by 11 per cent. More than 1.6 billion cigarettes are sold this way each month; the number touched 19.5 billion for the year 2014.

“This high prevalence is driven by a multitude of demand and supply factors. As fiscal and regulatory burden on tax-paid segment increases, more and more consumers are purchasing smuggled substitutes that are either cheaper due to tax evasion or non-compliant,” said the Nielsen report, adding that pricing and regulatory differential with Afghanistan also plays a key role in continued inflow of smuggled cigarettes into Pakistan. In 2014 more than two billion cigarettes were smuggled into Pakistan through Afghanistan.

One such methodology is mystery shopping, where the surveyors pose as consumers to estimate sales at retail outlets. This method may not be effectively used in Pakistan because retailers mostly sell smuggled or illicitly produced cigarettes to repeat customers and familiar faces to avoid risk of being exposed and penalized. In such circumstances, new and unfamiliar faces in the surveying mystery shoppers team may not be able to gather the correct market information, thus undermining the accuracy of the data collected.

An elaborate, well-established supply chain is present in Pakistan for such market. “Cigarette-making itself is an elaborate process. Manufacturing and marketing of such a huge quantity of cigarettes (17.3 billion LTE cigarettes in 2014) involves extensive operations involving buying of raw materials, treatment of raw material and conversion into manufactured cigarette, storage facilities, and an extensive countrywide distribution network. The under declaration of tobacco crop, cigarette paper, and filter rods helps in under-declaration of the volume of cigarette manufactured that ultimately assists in evasion of excise duty and sales tax on the cigarettes – final taxable product,” explains Nielsen.

Mubashir Mehmood, who quit smoking, is of the opinion that the government should raise taxes on cigarettes.

“An average smoker might be paying Rs50 per pack a day, which accounts for Rs18,000 a year, but when this person gets cancer he will not be cured in this sum. So, the government ought to raise taxes which will discourage people from smoking,” he said.

Juxtaposed against it is the legitimate tobacco industry stance, which argues that increase in taxation would lead to an increase in illegal trade, only causing further loss of tax revenue while not reducing the prevalence of smoking – as evident from various researches conducted in this area.

The Local Tax-Evaded (LTE) cigarettes are manufactured and distributed across the country, and are extremely cheap. The average selling price is Rs27, far below the minimum tax per packet of Rs33.80. On the other hand, most of the tax-paid brands are priced at least Rs57. In the last four years this price differential has increased by 100 percent.

Many LTE manufacturing units are situated in Azad Jammu & Kashmir (AJK) where printing of pictorial warning is not a requirement. The non-compliant cigarette packets from the AJK region then make it into Pakistan.

Illegal cigarette trade costs the government Rs24.6 billion in revenue annually – an amount equivalent to the deficit of Pakistan Railways, reported to be under Rs25 billion in fiscal year 2016.

From 2008 to 2013, the volume for such trade grew by 24.8 percent, leading to a decline of 10.1 percent in the taxed segment. The 23.7 percent illicit market pays only 0.7 percent of total revenue generated through cigarette market.

There are over 25 ordinances and statutory rules enacted through 13 agencies for regulation of illegal cigarette trade supply chain. The illicit trade segment, however, still holds almost a quarter of the total market.

The results Bangladesh and Sri Lanka obtained is proof enough that meaningful stringent action can control and over time virtually eliminate illegal trade. The moot point is whether the Pakistan government has the will to control the movement and distribution of smuggled cigarettes.

Responding to a question, the spokesperson said FBR is also taking a major initiative of introducing track and trace system under which stamps or other markings will be affixed on cigarette packs and the non-duty paid ones sold in the market would become easily distinguishable, making it relatively easier to initiate action against such products.

With regard to queries on potential loss in tax revenue as estimated by the industry, the spokesperson said FBR has no sound basis to estimate the share of illicit cigarettes in the total market. The various figures quoted in this regard are based on the studies which were conducted by the tobacco industry.

——-With additional reporting by Arshad Hussain