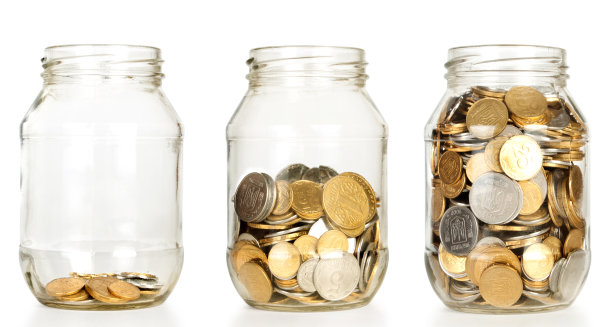 The weatherbeaten Memon men with diminishing reflexes but still razor-sharp savvy where a fast buck is to be made have for long been regular visitors to the Karachi Stock Exchange – since rechristened as the Pakistan Stock Exchange. Since their adolescent days, they have beaten a path from the nearby Kharadar and Mithadar to the Exchange door every morning, spending the workday there looking for shares to buy and offload by the closing – their margins with meagre amounts of investment yielding around Rs2,000-3,000, on a good day.

Memon and Chinioti communities have had the PSX under their radar since it was established in the wake of Independence in 1947. Some of them have made considerably huge fortunes from here – Aqeel Karim Dhedhi, Arif Habib, Jahangir Siddiqui, Haji Majeed and Azeem Bilwani and a host of others being cases in point. With the stock market the avenue of choice for striking it big, they have now diversified into real estate and other industries.

And for a young buck cutting his teeth on the trade, they remain the iconic figures.

These days regardless of one’s vocation – be it business, a job, minding one’s shop or peddling stuff as a vendor – everyone wants to supplement the regular income with a bit extra. The opportunities are not limitless: stocks and mutual funds, banks and insurance or the real estate.

Owing to the government regulators being a rather indifferent watchdog, leaving their investment at the mercy of unscrupulous characters at the Exchange, or the cumbersome and lengthy paperwork, procedures and taxes involved scare them away. Limited knowledge-base is also an impediment: Most of them would not know what mutual funds are, or how to get in to the share market and survive in the proverbial pit or trading from the outside on the phone.

Stocks, lack of knowledge and trust:

According to this scribes investigation spread over the last two weeks, almost everyone is searching for a place to invest their hard earned money, but most of them don’t know where they should invest. Those, who know where to put their money, ironically do not trust the system.

Behind this lack of trust again is many an investor having been burnt periodically, with the lack of accountability allowing big stock brokers to manipulate the market with impunity – and the regulators (the Securities and Exchange Commission of Pakistan and the then Karachi Stock Exchange management) interceding but only feebly.

The PSX has seen two crashes in the last 10 years, three in the last 17 – in 2008 and 2017, with the one at the advent of the millennium – with the middle one wiping Rs1.4 trillion off the market capitalisation, the dip from Rs2.881 million on Aug 8 to Rs.1.578 trillion on Jan 24, 2009 when the market started the process of recovery. So bad was the situation that the floor remained in place for as long as 108 days.

While a very large segment of the investors took the hit, neither the stock brokers nor the mutual funds making any tangible losses. If anything, despite the steep fall, they made windfall profits. Though their equity may have been way insignificant compared to the big sharks, the small investors took such a pasting, many of them never mustered enough dough or courage to trudge their way back to the market again.

Decrease in number of investors:

Prior to signing a sell-off of 40 percent with a Chinese consortium in 2017, the same big fish stock brokers created the feel-good factor by jacking up equity prices, taking the market to 53,143 points. It was too good to last. And just after the deal was signed, the balloon busted and the PSX market came crashing down to 41,000 points level in 2017. Nobody asked why the market went up and why it came down. Above 200 brokers got their share in the divestment of PSX, while billions of rupees of small investors were wiped out.

Similarly, a case of misappropriation was also unearthed in February 2017, when Federal Investigation Agency (FIA) arrested a Zafar Moti Securities frontman, in which more than Rs1.5 billion of public’s money was embezzled. The FIR was lodged by FIA Crime Branch in Karachi. The said case is still pending before the court, with the main accused still at large. According to the FIA reports, only Rs40 million could be recovered from the bank accounts of the Zafar Moti frontman, while the major portion remains unaccounted for.

Such opaque practices meant that the number of PSX investors decreased by more than a quarter, 28 percent to be precise, between Dec 2012 to Dec 2017 – falling from 314,667 to 244,114. “Our investment is not safe in the PSX as few stock brokers are playing in the market with their huge funds,” said a small investor, who happened to be a banker.

Mutual Fund, the best avenue for the newbies:

Everyone knows that investing in the stock market has historically paid off, but there are many who either neither have the nous nor the knowhow and time to be direct investors.

“The mutual funds are the best thing for newcomers who want to invest into the stocks as direct investment is a little dangerous for the new investors,” said the former managing director of PSX Nadeem Naqvi. In essence, the mutual funds are managed from the collective amounts from small investors and this money is put into the big businesses to earn huge profits.

The mutual funds have their own team of market experts, analysts, and brokers, who work day in, day out on finding ways to optimise the earnings from the investment under their watch and after a given period proportionately share the spoils with the investors – after deducting costs and a chunk of the profit.

Some investors have complaints such as the profit ratio being low etc. but generally speaking, mutual funds are a pretty decent outlet.

During the year, 40 new open-ended mutual funds were launched.

Due to low interest rates substantial outflow was witnessed in the income category, with majority of it being shifted towards the equity and asset allocation categories during fiscal 2017.

Around 51,000 individual investor accounts were added during the year. In percentage terms, the holdings of individuals in open-end mutual funds in term of AUMs now stands at 40 percent versus 34 percent last year. Over the last year, the Money Market Fund category (both Conventional and Shariah Compliant) increased by 40 percent, followed by Equity Fund category by 37 percent, while Income Fund category declined by 20 percent.

If you have a sizable chunk of money, the real estate gives a pretty handsome profit – a minimum of 15 to 20 percent year after year. And if one has a windfall, the return on investment could even be higher – way higher.

In terms of investment that makes it lucrative enough – ahead of the stocks and mutual funds. The only drawback, other than sizable amount involved, is that the investment remains tied up in its entirety between buying and selling the property.

While in terms of return on investment 15 to 20 percent is more or less a countrywide phenomenon, but in Karachi off late there has been an upsurge in investment in construction of up to six floors, excluding shops and parking floors etc.

And there are plenty of ways to invest in real estate if you are connected. Such as, a clutch of investors buy a vacant piece of land, constructing flats over it, and then divest it for a sizable return.

Then a bunch of investors can also get together to manage properties and pay a dividend or interest off on that money. This has been an attractive way to invest money without having to be a landlord or dealing with tenants. The same process is being used in Pakistan. A man, if he has a decent permanent job, he can purchase a flat or a shop on installments and pay off a small amount to the builders and developers.

Another investment option is saving accounts or certificates of National Savings or various banks. Its a no-risk investment, but the yield is low – between 4 to 6 percent. If we calculate an average of the last five years, it has remained around 5.50 percent to 6 percent. A point to note is that banks pay interest only on few accounts, and none on current and salary accounts.

The procedure to deposit in the banking system is very easy. By the end Dec 2017, there were around 40 million account holders nationwide, with overall deposits around Rs11 trillion.

Post the imposition of 0.6 percent ‘Withholding Tax’ on withdrawal of above Rs50,000 by a non-filer, to avoid the tax, most businessmen resorted to bypass the banking system, dealing in cash or high denomination prize bonds.