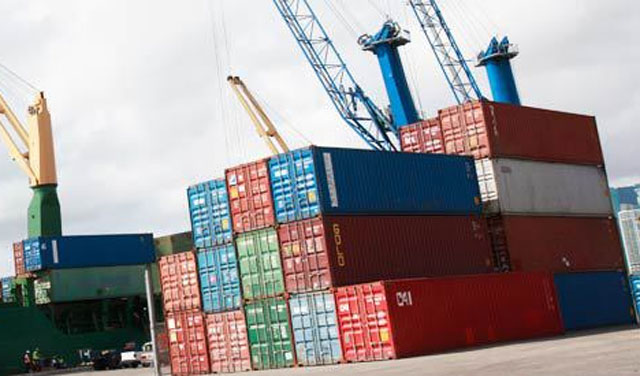 LAHORE: The All Pakistan Business Forum (APBF) has expressed its concerns over the alarming rise in the trade deficit of the country, which has widened by 14 per cent to $30.245 billion during the first 10 months of the current fiscal year of 2017-18.

APBF President Ibrahim Qureshi said that only recovery in exports would ease pressure on the external sector, as trade deficit amounted to $26.44 billion in the July-April period.

Ibrahim Qureshi said that the policy intervention of government and State Bank of Pakistan in terms of rupee devaluation and tariff and non-tariff barriers have started yielding some positive results as exports are picking up and imports are slowing down. The rupee lost around 10 per cent against the dollar since December last year. This gave an opportunity to exporters to improve their global competitiveness. The government also imposed regulatory duties on hundreds of non-essential imports.

He expected current account deficit to reach $17 billion in the outgoing fiscal year, advising the government to take measures to avoid depletion of foreign currency reserves any further.

Ibrahim Qureshi said that Pakistan faces this unprecedented trade deficit despite the prevalence of low international prices of our biggest import oil. A number of reasons can be attributed to the increasing trade deficit, which includes structural factors and erroneous policies. Unlike the Middle East or East Asia, Pakistan has followed a traditional policy of import substitution rather than export promotion. Therefore, little emphasis has been given on broadening exports that have remained over-reliant on textiles. Exports of cloth, cotton yarn and value-added textiles make up to almost 60 per cent of our total exports. The economic charts of Pakistan stand on an unsatisfactory level at the moment.

“I urge the government and policymakers to encourage private sectors to play their roles in putting the economy back on the right track,” Qureshi added. We should fully avail the opportunities created due to the worldly chain of events, such as the global decline in oil prices and the China-Pakistan Economic Corridor (CPEC).

He warned that exports recovery can only ease pressure on the trade balance. The government should contain the deficit within manageable limits. With China-Pakistan Economic Corridor machinery coming in, the increased exports are a good omen for the external sector.