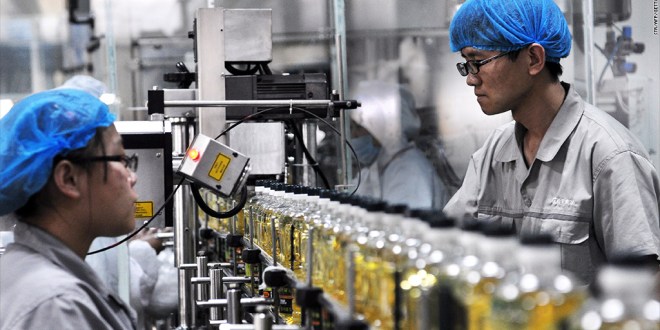 BEIJING: Factory growth in Asia’s major manufacturing hubs showed signs of cooling last month as they braced for a rocky ride from rising global trade tensions, while the region’s key emerging markets grappled with accelerating inflation and a strong dollar.

Economies in export-reliant Asia continued to benefit from a synchronized uptick in world growth, though the Trump administration’s moves to slap tariffs on some of the U.S.’s largest trading partners have stoked uncertainty about the outlook and rattled financial markets.

A U.S. trade delegation is in Beijing this weekend for a third round of talks between the two countries in the last month after Washington said it will continue to pursue action on Chinese imports, including tariffs on $50 billion of Chinese imports.

The risk is that a full-blown Sino-U.S. trade war will ripple through global supply chains, hurting economies from Europe to Mexico through to Australia and Japan.

That danger was made all the more real on Thursday when the United States and its key allies announced tit-for-tat tariffs that sent a chill through financial markets, though some analysts said the tariff threats are likely a negotiating tactic.

All the same, the global trade frictions put Asia’s export-dependent economies in a spot as the current growth cycle is showing signs fatigue.

The Markit/Nikkei Japan Manufacturing Purchasing Managers Index (PMI) fell to a seven-month low of 52.8 for May, from 53.8 in April, with domestic business growth slowing and only a modest pick up seen in export orders.

Other Japanese data on Friday also showed corporate capital expenditure rose at a slower pace in the first quarter from the fourth, suggesting that any stress on the exports front will put more pressure on the economy which contracted at the start of the year.

South Korea, another major export hub, on Friday reported strong shipment growth in May. But a factory survey found that activity contracted for a third straight month as new orders continued to decline, prompting companies to cut staff at the fastest pace in almost a decade.

Other surveys found Taiwan’s factory growth slowed in May to a 22-month low for new orders, while Vietnam factories saw record growth in new exports.

In Asia, emerging economies are seeing inflation flare up while their currencies have taken a hit, raising expectations for interest rate hikes.

Indonesia’s central bank has already raised rates this year, increasing it twice last month with the second hike on Wednesday. It has flagged more possible hikes as it looks to protect the fragile rupiah and contain capital outflows.

Indian policy makers might tighten policy soon. A survey published Friday showed its manufacturing sector grew at a softer pace in May, while rising inflationary pressures added to expectations that an interest rate hike is around the corner.

India on Thursday reported its quickest pace of economic growth in nearly two years in January-March, but cost pressures are rising with inflation already higher than the Reserve Bank of India’s target level.