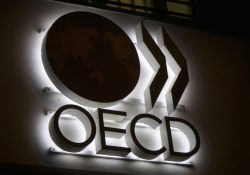 ISLAMABAD: The Federal Board of Revenue announced that it has received data of all immovable properties owned by Pakistanis in the United Kingdom from tax authorities there, reports a national daily, Dawn.

The data was received with the assistance of OECD and UK Tax Authorities, a short three-line press release issued by the FBR announced.

A senior tax official told Dawn the soft data received is related to those Pakistanis who are not UK residents and have purchased properties including houses, flats etc in the UK. However, the FBR has not yet scrutinised the data to determine the total number of Pakistanis who have invested in the UK, or the total amount of the market value of the properties, the official added.

The release simply said that the “data will be further analyzed to determine whether these people have declared these properties in their tax returns filed with the FBR”.

The official said FBR has not yet received any information regarding moveable, or liquid, assets held by Pakistanis in the UK. “We will receive this information from September onward as part of the OECD convention”, the official said.

According to officials, it was not yet decided whether the data will be sent to field offices or scrutinized at FBR headquarters. “We will send notices to those people who have not declared these properties in Pakistan,” the official added.

Analysts believe the receipt of this information at a time when the government has already announced an amnesty scheme will provide an opportunity to these Pakistanis to declare these assets at a very nominal tax rate. At the same time, FBR has already been collecting data regarding huge investments made in real estate in Pakistan during the last few years. However, these people have not declared their properties in their returns.

Pakistan has also become a signatory to the OECD Multilateral Convention which will provide access to information about offshore financial accounts of Pakistani residents from September this year. This will enhance the capacity of the Federal Board of Revenue due to access to offshore financial accounts of Pakistani residents held in the signatory countries.

Necessary amendments have also been made to the Protection of Economic Reform Act, 1992, to regulate foreign exchange movements and bring them in line with the Income Tax Ordinance, 2001.

Moreover, amendments have been made to the Income Tax Ordinance, 2001, whereby the FBR may inquire about the source of foreign remittance above Rs10m and limitation of five years to probe foreign assets and income has been removed.

Nearly 56,000 people have filed returns declaring their foreign and domestic assets and whiten it by paying around Rs99bn, the official added.

The last date for the tax amnesty scheme has already been extended until July 31.