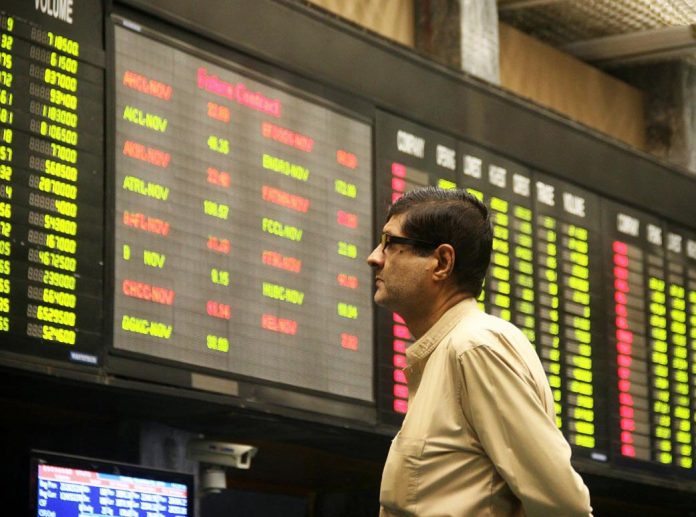 LAHORE: Equity experts believe that investors will take a defensive stance during the ‘high stakes’ week with the general elections set to take place on July 25.
Talking to Pakistan Today experts viewed the upcoming elections as a key event that may set the tone for economic stability and direction of the market. They were of the view that investors would be staying on the sidelines until the election results where political frenzy once again to be dominating the preceding days.
However, many economists believe any outcome of July 2018 elections may not able to adjust the expected future course of the macro-policy framework, at least over the next six months. Interestingly, they say the current political environment has come close to the backdrop seen over 1988-97 where political wrangling had little regard for the economy that produced bouts of political instability and volatility in asset returns.
The latest decision of the accountability court against the Sharif family also raises the risk of continued political instability even after the elections.
While the backdrop for equity market is challenging and the possibility of negative news flow dominating the near-term headlines is high, they believe recent index performance that got down 15 per cent within the last 3-months that was 25 per cent in USD terms, has started reflecting the downside risk.
Historically, they say that the KSE-100 has delivered an average 8.5 per cent return post elections and entry into IMF program. The uncertainty on politics and risks to macroeconomic stability and corporate earnings growth have dragged the market performance in fiscal 2018.
Last week, before the elections proved to be eventful for the market where market closed the week on an encouraging note of getting 2.4 per cent, at 41,222 level. The week kicked off with currency weakening by 5.7 per cent to Rs128.5 against the greenback coupled with 100bps rate hike by Central Bank over the weekend. Both steps are being seen as measures for curbing import growth in the backdrop of dwindling forex reserves. However, positive news on sector front provided the market a reason to cherish in the later half of the week with strong participation (ADT at 219 million shares and ADTV at $67million.
Major inflows of $12.9 million and $9.8 million were registered from insurance companies and cndividuals, while banks, DFI and brokers remained net sellers of $9 million and $6.1 million, respectively whereas foreign investors sold $22.1 million worth of equities during the week.
On the sectoral front fertilizer gained 2.8 per cent, construction and materials got 6.0 per cent and engineering sector picked up 2.5 per cent, which remained in the limelight for providing comfort on margins AT the back of positive news flow regarding increase in prices of local Urea, DAP, cement and long and flat segment steel. On the other hand, attractive valuations acted as cherry on the top.
News on macro front include last week were of country’s CAD that swelled by 43 per cent to highest ever level of $17.9 billion in fiscal year 2018 as compared to $12.6 billion last year. Forex reserves held by the State Bank of Pakistan (SBP) continued to dwindle, down by $416 million to stand at $9.06 billion, and LSM grew by 2.76 per cent on a year on basis in May 2018 with an 11 month growth at 6 per cent.
- Advertisement -
Facebook
Twitter
Linkedin
WhatsApp
Email
Previous articleReduction in taxes on essential items imperative for people, says ICST
Next articlePunjab agriculture department to provide assistance to farmers