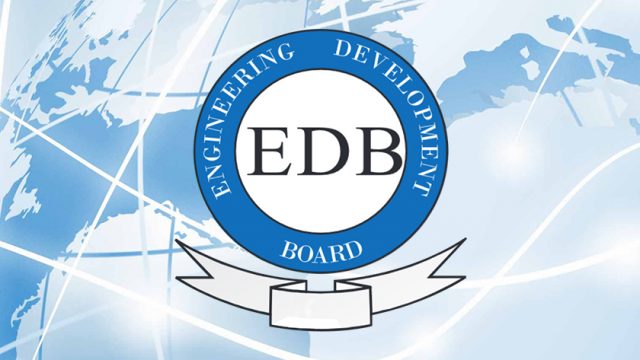 ISLAMABAD: The Islamabad Chamber of Commerce and Industry (ICCI) has welcomed the Federal Cabinet’s decision to revive the Engineering Development Board (EDB), as “it would help promote Pakistan’s engineering industry as well as improve the exports of engineering goods from the country.”

In a statement on Friday, ICCI President Ahmed Hassan Moughal said that the developed and fast-growing economies like Singapore, South Korea, Malaysia, Turkey, Thailand and others have achieved phenomenal economic growth by promoting the exports of engineering products. However, he added, Pakistan was mostly depending on traditional products, including textiles, for exports.

He noted that the share of textiles was on the decline in the global market while engineering goods constituted more than 60 per cent of the world trade. “It shows that if properly supported and patronized, Pakistan’s engineering industry could drive the economy towards rapid growth,” he added.

The ICCI chief mentioned that India’s exports of engineering goods during 2017-18 were over $76 billion, but Pakistan’s exports of such goods during the same period were only around $190 million, which showed the country’s negligible performance in this sector.

He said that the share of Pakistan’s engineering industry in overall global exports remained stagnant at around 4 per cent in the last 10 years despite the fact that a government’s report had estimated that given the right policy and support, the export potential of engineering products at $10 billion by 2026-27.

He said the demand for domestic engineering goods accounted for 37 per cent of the total import bill in 2015-16, which showed that the country has great potential for engineering goods in the local market as well.

He stressed the need for bringing in more professionals in EDB to further strengthen it.