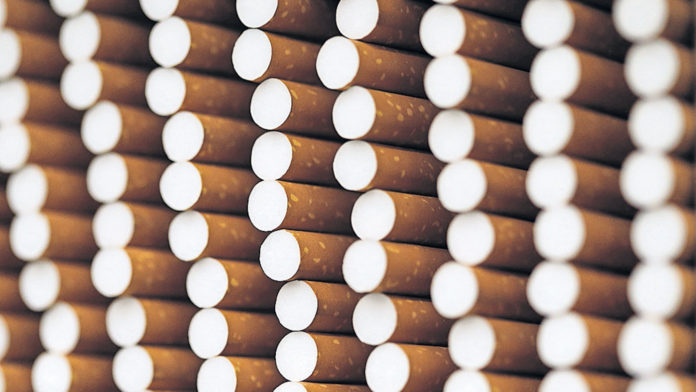 According to sources, the FBR has still not completed the bidding process for the system, which was supposed to be launched 10 months ago. A Senate committee on finance had also asked the FBR to complete the bidding process and enforce the tracking system to avoid tax evasions.

Sources disclosed that only one bidder had participated in the bidding process but that too failed to meet the ‘tough’ qualification criteria. As the successful bidder may not be able to provide the system as per requirement, FBR may retender the same with some changes in specifications, said the sources.

The FBR’s track and trace system for tobacco products aims to prevent the leakage of revenue, under-reporting of production and sales. The system also ensures proper payment of federal excise duty (FED) and sales tax on tobacco products, besides curbing illicit tobacco trade that places registered businesses at a competitive disadvantage.

It was learnt that the Competition Commission of Pakistan (CCP) had reportedly made recommendations to the FBR to address competition concerns in the tender.

As per the sources, one of the requirements for the successful bidder was to ensure a minimum investment of $7.5 million in Pakistan within one year of signing the contract.

Earlier, the Tax Reform Implementation Committee (TRIC) and FBR had decided to consult CCP and National Accountability Bureau (NAB) to finalise a foolproof process for track and trace system of tobacco products.

The CCP had noted that the turnover requirement of $100 million and capacity requirements of 10 billion stamps in request for proposals (RfP) discouraged many firms from taking part in the tender.

It asked the FBR to revise these requirements or to clarify the terms for a joint venture so that two or more parties could meet the criteria working together. The evaluation criteria also awarded maximum points based on number of countries (where the proposed system was implemented) and volume of banderoles while ignoring other important aspects of the track and trace system.

The commission asked the FBR to redesign the criteria to include points for assessing other vital elements of the track and trace system.

The CCP noted that the RfP also required special handheld readers to check the products. However, it advised, today’s smartphones/tablets with a special camera and a secure reader application can achieve the same purpose.

According to available documents, the cigarette industry in Pakistan comprises of two multinational companies and 25 local cigarette manufacturers mainly located in Khyber Pakhtunkhwa. It is a significant contributor to national revenue as in 2015-16, Rs115 billion were paid by the industry as federal excise duty and sales tax but during the financial year 2016-17, steep shortfall in revenue was witnessed. Pakistan Tobacco Company and Philip Morris are the major revenue contributors.

As per various studies, local manufacturers are avoiding the taxes by selling non-duty cigarette in the market. At present, there is no visible difference between duty-paid and a duty-evaded pack in the market.

Keeping in view the tax evasion in the industry, FBR had decided to introduce some technological solutions. Internationally, a tax stamp track and trace mechanism is an accepted solution to the issue. Therefore, it was decided that an international tender shall be floated for the line with the best procurement of a system for the monitoring of the tobacco products in prevalent global practices. Solutions were studied and an RfP was drafted whereby certain system criteria were incorporated keeping in view the indigenous/local business environment and industry practices.

However, sources claimed that some high officials at FBR were deliberately using delaying tactics in launching the new system to please the tobacco firms.