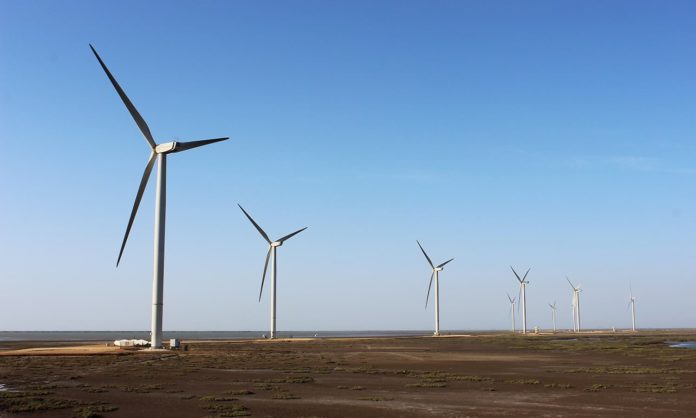 ISLAMABAD: The National Electric Power Regulatory Authority (NEPRA) has determined the reference generation tariff of 50MW wind power project and intimated the determination to the federal government for the purpose of notification in the official gazette.

Similarly, insurance during construction has been set at 0.5 per cent of the EPC cost, financing charges at the rate of 2.5 per cent of the debt portion of the capital, and net annual plant capacity factor of 38 per cent has been allowed. Likewise, operations and maintenance (O&M) cost of $23,000 per megawatt per year has been approved.

Moreover, debt to equity of 80:20 has been used while debt repayment period of 10 years has been taken into account. The cost of financing of 6 per cent for construction and operation has been used, while return on equity (ROE) of 14 per cent has been allowed.

PDC insurance during construction and financing fee and charges shall be adjusted at actual at the time of COD, considering the approved amount as the maximum limit. The amounts allowed on these accounts in USD will be converted in PKR using the reference KR/USD rate of 120 to calculate the maximum limit of the amount to be allowed at COD.

Duties and/or taxes, not being of refundable nature, relating to the construction period directly imposed on the company up to COD, will be allowed at actual upon production of verifiable documentary evidence to the satisfaction of the authority.

For full/part of conventional local or foreign loans or a mix of both, if availed by the company, the IDC shall also be allowed adjustment for change in applicable KIBOR/LIBOR.

The tariff has been determined on debt: equity ratio of 80:20. The tariff shall be adjusted on actual debt: equity mix at the time of COD, subject to an equity share of not more than 20pc.

For equity share of more than 20pc, the allowed internal rate of return (IRR) shall be neutralised for the additional cost of debt: equity ratio.

According to NEPRA, the reference tariff has been worked out on the basis of cost of 6 per cent offered under SBP financing scheme. In case the cost negotiated by the company under SBP scheme is less than the said limit of 6pc, the savings in that cost shall be shared between the power purchaser and the power producer in the ratio of 60:40 respectively.

For full or part of a local or foreign loan, if any, the savings in the approved spreads shall be shared between the power purchaser and power producer in the ratio of 60:40. ROEDC will be adjusted at COD on the basis of actual equity injections (within the overall equity allowed by the authority at COD) for the project construction period of 15 months allowed by the authority.

Adjustment of O&M, ROE and ROEDC shall be made on a quarterly basis for the quarters starting from 1st July, 1st October, 1st January and 1st April based on the latest available information. Adjustment of debt servicing component (if any) shall be made either quarterly or bi-annually depending upon the final terms approved by the authority. For bi-annual adjustments, the periods shall start from 1st July and 1st January and insurance component shall be adjusted on annual basis starting from either 1st January or 1st July.

It is relevant to mention that as per order, all plant and equipment shall be new and of acceptable standards. The verification of the plant and equipment will be done by an independent engineer at the time of the commissioning of the plant duly appointed by the power purchaser. This tariff will be limited to the extent of net annual energy generation supplied to the power purchaser up to 38pc net annual plant capacity factor.