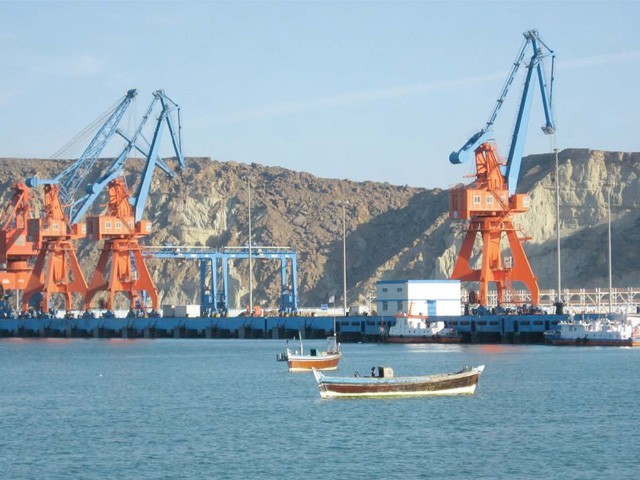 Under the expansion plan, five new berths would be added to the existing three berths for handling bigger ships, he said while talking to APP.

Munir, who recently visited the Chinese capital to attend the CPEC Media Forum, said the first phase of the port, an important component of the China-Pakistan Economic Corridor, has already been completed.

“Now, we have entered the second phase, which will ensure 16 meters depth to facilitate bigger ships,” he said.

The existing port has three 14-meter deep berths to handle ships and is the deepest port in Pakistan. In future, the depth of the port would be increased to 20 meters, making it the port deepest in the region, he added.

Development and expansion of the port have been leased to China for 40 years. “The pilot phase of the free economic zone has already been completed.”

In the initial stage of the project, $48 million were invested by five Chinese and three Pakistani companies. “The main coverage area of the free economic zone will be 923 acres, and work on it is likely to start in the next phase.”

About Eastern Bay Express, he said the work started in October this year and would be completed in 30 months. “It will be an express access way linking the Gwadar Port to the Coastal Highway,” he added.

The Gwadar Port development and allied facilities would generate employment opportunities for locals after resolving power and water issues.

The work on Pakistan China Vocational and Technical Institution would start soon to meet the demand of the skilled workers for the port and free zone.

The land has been acquired for the purpose, while the design and feasibility study have also been completed.

The construction work was expected to begin by the end of this year, the port DG informed.

He said Gwadar port master plan would be launched in December, as it has been completed.

The DG was confident that it would enhance business and trade activities.

Munir Jan said at the micro level, Gwadar was witnessing a number of activities. A lot of local and foreign visitors come and stay here.

“The national flag carrier, PIA has a daily flight and hotels have 100 percent room occupancy and are running a good business.”

About the new Gwadar airport construction, he said it would be completed with the Chinese grant. All the initial work including design and the feasibility study has already been finalised and the groundbreaking was likely to be performed in January, he added.

One of the largest planes, A-380 could land at the airport which would be completed in 36 months.

This year, two important events, including an expo and Asian Parliament Association Assembly were organised in the Convention Centre to seek further investment.