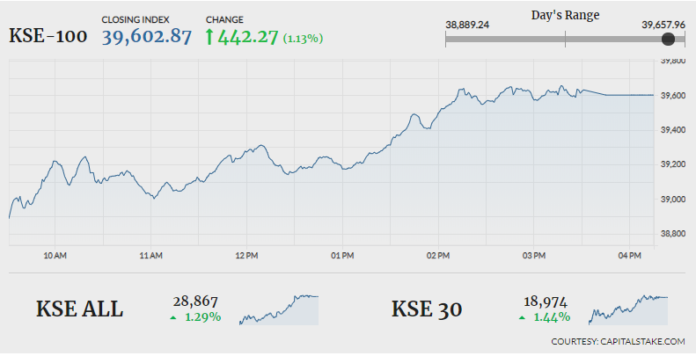 KARACHI: In a battle between bulls and bears, the former emerged victorious at the Pakistan Stock Exchange on Tuesday. Indices that traded in red throughout the morning rebounded after the statement of Finance Minister Asad Umar.

The finance minister reassured investors that the financing gap issue for the current fiscal year has been resolved with help of friendly countries, adding that all fundamental economic indicators were now showing signs of improvements.

Moreover, the Economic Coordination Committee of the Cabinet on Tuesday approved to further export of 0.1 million tonnes of sugar. On the other hand, global oil prices surged by more than three per cent on Monday after the United States and China agreed to a 90-day truce in their trade dispute till they hold further talks to resolve all existing issues.