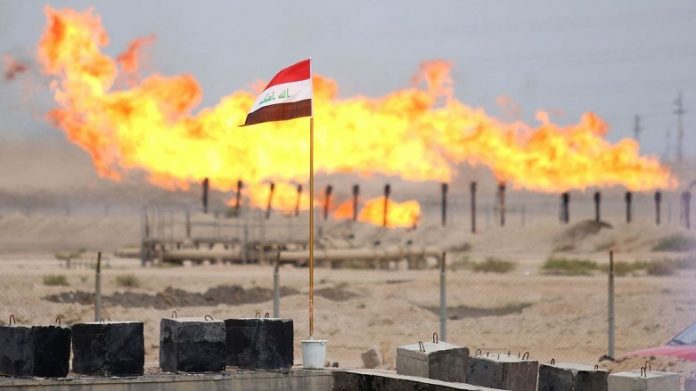 BAGHDAD: The latest plunge in oil prices has dealt a heavy blow to Iraq’s stagnating economy, threatening the new government’s ability to rebuild after the war with the Islamic State group and provide basic services to areas roiled by recent protests.

Brent crude oil, used to price international purchases, briefly rose above $85 a barrel in October but has since plummeted to less than $55 — a nightmare for a country like Iraq that derives 95 percent of its revenue from oil exports.

A $111.9 billion draft budget sent to parliament in October projects crude exports of 3.8 million barrels per day to be sold at $56 per barrel. The bill, which includes a 23 percent increase in spending, would leave a deficit of $22.8 billion.

But that won’t even begin to address the colossal challenge of reconstruction after years of war. Some 1.8 million people have yet to return to their homes, according to the United Nations. Mosul, the country’s second largest city, lies partly in ruins, as do many other cities, towns and villages once held by IS militants.

Iraq’s Planning Ministry estimates the country needs approximately $88 billion for reconstruction. In February, donors at a Kuwait summit pledged $30 billion in loans and investments to finance a portion of the bill, but little progress has been made to fulfil the pledges.

In Iraq’s oil-rich south, meanwhile, which was spared from the war’s devastation, protests have erupted in recent months over unemployment and poor public services. Rolling power outages have been a nationwide problem going back to the U.S.-led invasion in 2003, and in the south the tap water is undrinkable.

“We were surprised by the plunging oil prices and we have fallen into a big problem,” said lawmaker Haneen al-Qado, who chairs parliament’s Economy Committee. “The government is not in an enviable position.”

Iraqis elected a new government earlier in 2018, but it is dominated by the same bickering political factions that have governed the country for the last 15 years. Lawmakers have rejected the draft budget, calling for a new one that would estimate an even lower oil price and allocate even more funds for public investments.

Qado says they may not be able to approve a budget until sometime in the first quarter of next year. Until then, the government can only spend one-twelfth of the previous year’s allocation each month.

While international attention has been focused on the devastation in northern and western Iraq and the protests in the south, the budget crisis has also taken a heavy toll on Iraqis living in more stable areas. Construction projects across Baghdad have been stalled for years, with half-finished buildings turned into neighbourhood garbage dumps.

Kadhim Nima Khudair’s construction company signed contracts in 2014 to build four schools at a cost of $5 million. By the following year, three of them were 80 percent complete, but then public funds dried up as the government launched the costly war against IS. When oil prices started to recover in 2017, the government began paying instalments again, but only for the projects that were mostly completed. Now the payments have stopped again pending the budget negotiations.

None of the schools has been completed, and Khudair has fallen deeply into debt, forcing him to lay off some 500 workers and sell family homes and cars.

“I don’t want any profit now, I only want my capital back,” Khudair said. “We have been struggling all these years. People are still knocking on my door, asking for their money.”

Sami al-Araji, the head of the National Investment Commission, told an economic conference in December that hundreds of projects worth an estimated $54 billion are delayed. He called for a major overhaul of the economy that would promote investment and lessen the country’s reliance on oil. “We have to think of all alternatives,” he said. “The country has promising opportunities.”

That’s easier said than done. Efforts to diversify the economy have been stymied by political infighting and corruption going all the way back to 2003, fueling cycles of war and instability.

“Our fate is attached to oil,” Khudair said. “When it’s down, our blood pressure rises.”