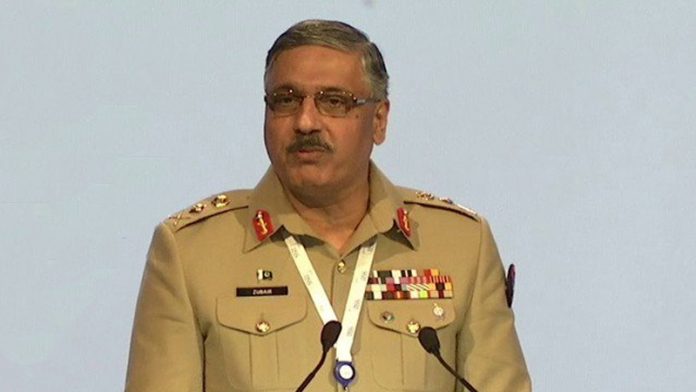 KARACHI: The next five years will bring new prosperity trends in Pakistan as the security situation of the country has markedly improved, said Chairman Joint Chiefs of Staff Committee (CJCSC) Zubair Mehmood Hayat on Thursday.

Speaking as a chief guest at the 18th CEO Summit Asia 2018, organised by CEO Club Pakistan and Management House, he said unlimited possibilities will emerge in the country not only internally but regionally, however, the potential and strength of the nation need to be tapped.

Hayat urged the audience, particularly the chief operating officers, to invest in education, which would pave the way for a bright future, as “rise in education is tantamount to the rise of the nation”.

He pointed out that a strong system could be built through better education and technological awareness, which should be developed collectively as it could not be done individually.

Pakistan needs data sovereignty and access to regional data for its development. “We do have talented scientists in the country, whereas some of the young Pakistani scientists are recognised globally for their innovations,” the CJCSC added.

Meanwhile, the seventh edition of ‘100 Best Performing CEOs & Companies of Pakistan 2018’ was launched to distribute awards among the top 100 CEOs of Pakistan. This event has already created waves in the business elite as more than 500 CEOs, business leader, political stalwarts and foreign delegates attended the event.