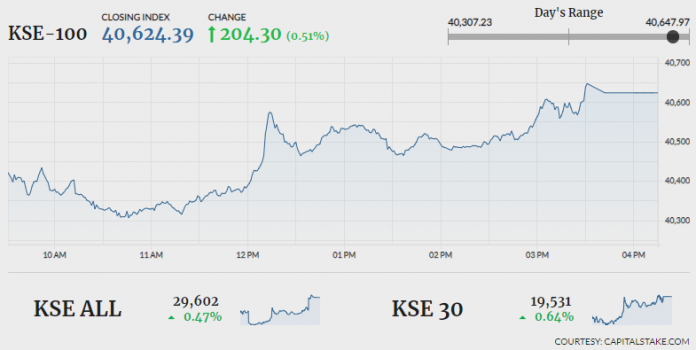 KARACHI: The Pakistan Stock Exchange (PSX) witnessed another volatile trading session on Tuesday. After an initial dip, the indices recovered to end the session marginally higher.

The market volumes swelled by 22pc as compared to the previous session to reach 154.73 million. Dewan Cement Limited (DCL +7.77pc) and Pakistan International Airlines Corporation Limited (PIAA +0.96pc) were on top of the volume ladder with 10.56 million and 10.13 million shares exchanging hands respectively. Fauji Foods Limited (FFL -0.41pc) followed with a volume of 6.80 million after it declared financial performance for the year ended December 31, 2018.

The company witnessed a 15.61pc YoY increase in sales from Rs7.00 billion to Rs8.09 billion, improving gross profit margin from 2.67pc to 4.73pc. Greater operating costs and finance costs resulted in loss after taxation of Rs2.85 billion against Rs2.29 million in FY17. Loss per share clocked at Rs5.39 and the management did not announce payout of any sort.