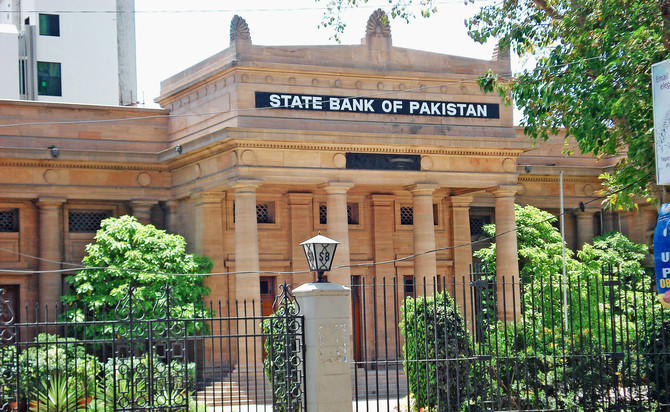 KARACHI: The State Bank of Pakistan has released its first quarterly report on the ‘State of Pakistan’s Economy for Financial Year 2018-19’.

According to the report, the overall macroeconomic environment remained challenging during the first quarter of FY19 as suggested by the preliminary data.

The primary concern was the steep rise in global crude prices, which not only reinforced the already strong underlying inflationary pressures in the economy, but also eclipsed emerging improvements in the external sector.

According to the report, the 6.2 per cent target for real GDP growth seems unachievable with the policy focus now tilted towards macroeconomic stabilization.

The production of all major kharif crops remained lower as compared to the last season, due to lower water availability, which led to a decline in the total area under production.  Furthermore, crop yields suffered due to subdued fertilizer offtake amidst rising prices of both urea and DAP.

The large-scale manufacturing also contracted by 1.7pc during the first quarter of FY19, after recording a healthy growth of 9.9pc during Q1FY18. Noticeably, the output of construction-allied and consumer durable segments, which were the major drivers of growth last year, decelerated on a YoY basis.

The report highlighted that with the underlying inflationary pressures remaining strong and the twin deficits staying at elevated levels, the monetary policy continued to move along the adjustment path.

During the two Monetary Policy Committee (MPC) meetings that were held during the quarter, the policy rate was raised by a cumulative 200 basis points. Besides the persistence of strong demand pressures, the second-round impact of higher fuel prices and exchange rate depreciation pushed up core inflation.

As for private credit, a strong expansion was observed during Q1FY19, in contrast to net retirements witnessed in the same quarter last year. The activity in working capital loans was more prominent, since rising commodity prices and input costs increased the financing requirements of businesses.

The report also observed that the consolidated revenues grew by 7.5pc during the quarter; however, this pace was lower than the 18.9pc uptick witnessed during Q1FY18. Expenditures grew by 11pc during the quarter compared to 13.5pc in the same period last year. The resultant higher fiscal deficit was financed through increased government borrowing from both domestic and external sources.

On the external front, the report highlighted that the continued exports growth and a steady increase in workers’ remittances partially helped contain the current account deficit. However, the level of this deficit remained a concern, as rising oil prices resulted in the quarterly import bill crossing the $4 billion mark.

With foreign investments declining on a YoY basis and external borrowing by the private sector remaining subdued, the financial inflows proved insufficient. Resultantly, pressure on the balance of payments continued to mount, with the country’s foreign exchange reserves declining by $ 1.4 billion and the Pakistan Rupee depreciating by 2.2pc during the quarter.

Nonetheless, financing of the current account might improve going forward as there is an expectation of receiving higher foreign inflows from both private and official sources during the second half of FY19. Not only would this bolster the country’s FX reserves, but also ease pressures in the domestic foreign exchange market.

However, in order to revert to a stable macroeconomic environment over the medium term, the report underlines the importance of the continuation of the right mix of polices. The report lays particular emphasis on initiating the needed structural reforms in order to push the country’s productivity frontier and take the growth momentum forward.