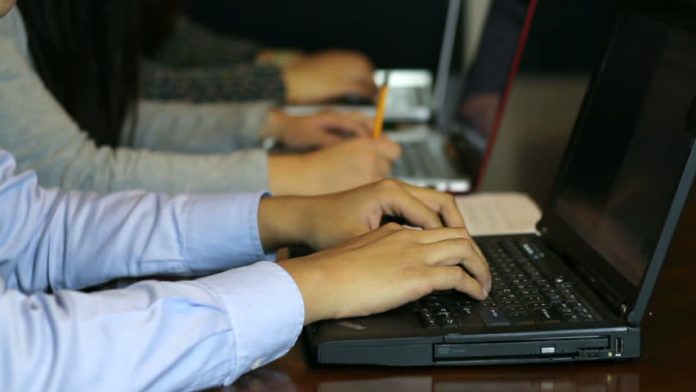 LAHORE: State Bank of Pakistan (SBP) in its first quarterly report released on Tuesday for FY19 said computer services have generated most of the export momentum in Pakistan’s ICT sector in recent years.

According to the central bank, software exports have exhibited more-or-less static export performance in the last five years, however, steady growth has been noted in the export of consultancy services.

Export revenues of 30% of the entire 3,228 ICT exporting entities came from computer software during FY18, the remainder had no either restricted or no product orientation since they generated revenues only from low-value-added services like call centres.

The central bank highlighted from a foreign exchange perspective, this supremacy of low-value-added services isn’t a positive sign.

A breakup of FY18 data indicates that the average receipts from software exports (across firms) were more than double compared to other ICT exports.

It highlighted that it wasn’t striking to see that only 56 firms had exports of $2 million and above, whereas a stupendous number of firms were barely able to fetch $0.1 million receipts during the year.

The report said the country’s informal exports were higher than its formal exports and projections by industry experts put the total size of its ICT exports at $2.5 billion.

The data available with SBP shows from these exports, registered entities utilizing formal banking channels to collect export receipts constitute for about $1 billion and $1 billion is attributed to SME exports in the grey market.

And the remaining $0.5 billion is accounted for by freelancers in the IT and IT-enabled services (ITES) space that provide service to international clients.

While talking about the anomaly in reported figures about undocumented exports by the Pakistan Software Export Board (PSEB), associations and industry analysts, SBP said there was a common narrative prevailing behind the under-representation of receipts in the official statistics.

The absence of PayPal was cited as a major reason for the under-representation of receipts in official data because it is widely used across the world and both employers and freelancers find it more convenient and termed it a major worry.

It added some of these entities even prefer their revenues deposited in banks outside Pakistan to avoid transfer costs.

“In the case of former, the export receipts reflect as workers’ remittances, whereas in the case of latter, these earnings remain unrecorded altogether,” noted the central bank.

Also, informal evidence indicates that some firms and individuals are deliberately bypassing proper documentation to avoid the tax authorities or filing out SBP’s Form R which is considered redundant and cumbersome.

The report said Pakistan was ranked as the third largest population of professionals in terms of global online gig industry behind India and Bangladesh as of end September 2018.

“According to the A.T. Kearney Global Services location index of 2017, Pakistan is the 10th most attractive destination among Asian countries, and 30th in the world, for offshore services.

Pakistan’s score was most encouraging in financial attractiveness: 3rd largest among Asians after Sri Lanka and Egypt amongst the 55-country index.

This is representative of the relatively favourable wage rates in Pakistan compared those in more established destinations such as India and China,” said the central bank.

The report highlighted in terms of cross-country comparison of other off-shoring fundamentals (quality of human resource and overall business environment), Pakistan was lingering behind its regional competitors.

Notwithstanding an increase in its ICT revenues, Pakistan has fallen two points in the rankings compared to last year.

“Improved internet access to more than 2,000 cities across Pakistan; a large number of graduates entering the workforce; and government efforts to promote freelancing are the key factors behind this growth,” said SBP.