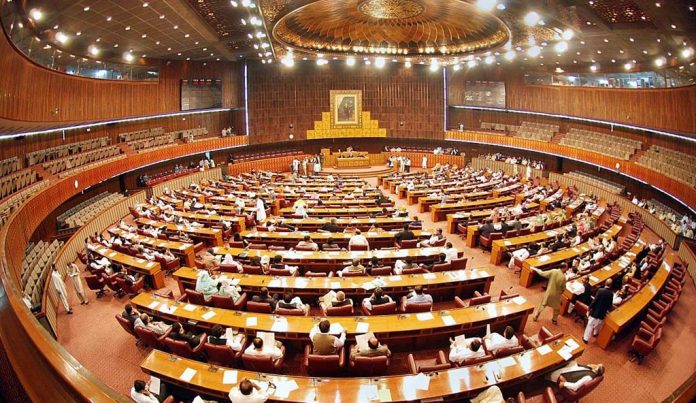 The original allocation was Rs3.04 billion and after cutting down the revised allocation, it stands at Rs1.44 billion.

The meeting of the committee, which was chaired Senator Rubina Khalid, discussed several IT-related issues, including the bi-annual review of the budgetary allocation and its utilization, as well as lack of Pakistan Telecom Limited (Ufone) services in various towns and areas of District Malakand.

The committee expressed dismay over the massive decrease in the IT budget and stressed the need for these funds to be restored.

Senator A. Rehman Malik was of the view that around the world, especially in India, great emphasis was being given to the IT projects and software development. “IT is the only sector that can take Pakistan forward,” he asserted.

Senator Sana Jamali on the occasion said that proper attention to the IT sector was imperative in this day and age if Pakistan wishes to compete with India.

Discussing the details of the Universal Service Fund (USF), Senator A. Rehman Malik said that the USF mandate must be revised so that issues of less developed areas may be resolved.

The committee chairman recommended that if there were certain bylaws pertaining to USF that were creating hurdles in the ministry’s way, it may consult with the Committee on Delegated Legislations so that these rules may be revisited so as to facilitate the underdeveloped areas.

Regarding lack of services of Pakistan Telecom Limited (Ufone) in various areas of District Malakand, Senator Fida Muhammad informed the committee that there were three service providers in the area; Ufone, Telenor and Zong with 17pc, 70pc and 90pc coverage respectively. He said that Ufone provided the least service in the area and hence this issue must be resolved.

Senator A. Rehman Malik was of the view that providing service only to areas that were commercially viable was a human rights violation, adding that even the “USF was formed to help service providers expand services to less developed areas”.

He said that legislation must be formulated to ensure the provision of all facilities to all unserved areas.

The committee chairman directed the IT ministry to provide furnish a list of unserved/underserved areas.

The committee was assured that the ministry would look into the matter and review ways in which services could be expanded to various areas of District Malakand.