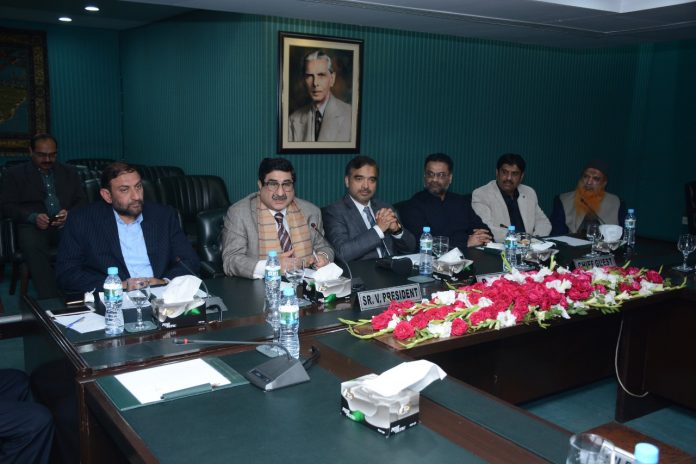 LAHORE: Businesses cannot grow amidst raids, harassment, lack of energy supply and severe traffic jams, therefore, the government should resolve these issues at the earliest so as to encourage business activities in the country.

These views were expressed by Lahore Chamber of Commerce and Industry Senior Vice President Khawaja Shahzad Nasir while talking to the delegation of All Pakistan Leather, Rexene and Shoe Material Association (APLRSMA) on Thursday.

Nasir said that coordination between the government and the private sector was vital for economic growth, adding that the government must develop policies that could provide a conducive business environment in the country and could address genuine issues of the business community.

He said that the business community was the driving force of the economy “but it cannot play its due role amid impediments including withholding tax on banking transactions, misuse of the discretionary powers by the tax collection machinery, high prices of utility prices and delay in refunds etc.”

The LCCI SVP stressed the urgent need to reform the taxation system with the consultation of stakeholders, urging the government to address the double taxation issue which was hampering the trade and economic activities in the country.

He said that the teams and conditions of the Federal Board of Revenue should be reviewed by a relevant association before enforcing them into action.

“It would help build trust building between the private sector and the government.”

The senior business leader also called for the construction of parking plazas at different parts of the city to overcome the issues of traffic.

Earlier, Abid Saeed Paul informed the LCCI office-bearers that the association would soon install security cameras in the market. He said that an appropriate traffic system should be developed in consultation with the stakeholders.

The association members lauded the efforts of LCCI with regard to conveying the messages of the business community to the top government authorities.