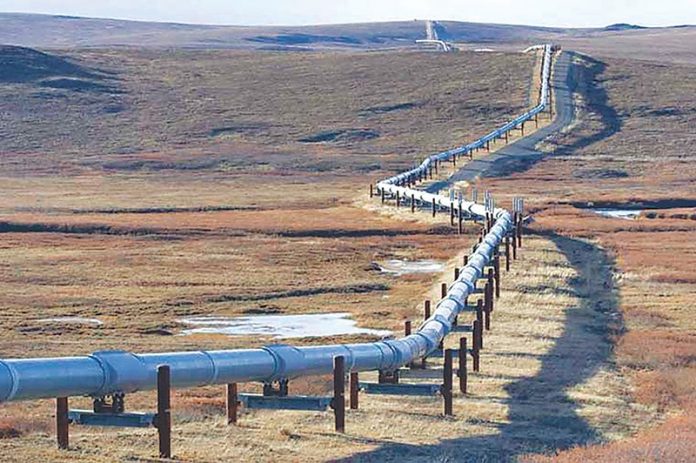 ISLAMABAD: As Pakistan and Saudi Arabia have agreed to sign the important agreement of building an oil refinery in Gwadar at a cost of $5-6 billion, Islamabad will at least be needed to shoulder the cost of transportation of oil from the proposed refinery.

According to sources familiar with the background talks between the two countries ahead of Crown Prince Mohammed Bin Salman’s visit, the Saudi officials have informed that it would be Pakistan’s responsibility to install gas pipelines needed for the transportation of the refined oil.

Although Islamabad has agreed to fulfill the obligations, it would require a huge amount to ensure timely completion of the pipeline projects between Gwadar and Karachi, and Gwadar and Nawabshah, they added.

According to sources, the Saudi side, while agreeing to sign a memorandum of understanding (MoU) to set up a petrochemical complex along with the refinery, has also asked Pakistan to share the feasibility study of the complex so that a final decision with regard to additional investments could be taken.

The cost of the two projects may collectively jump to over $10 billion. However, the two countries would jointly complete the feasibility study of the refinery project within two years’ times.

Sources said if the oil refinery is built in Gwadar, it would facilitate Pakistan with 250,000 to 300,000 barrels per day.

It is pertinent to mention that Pakistan is extending all facilities, including tax incentives, to facilitate Saudi investment in the project. Pakistan had already announced tax incentive package to UAE-based Abu Dhabi Petroleum Investment Company, encouraging it to establish a similar oil refinery along the coast of Hub (Balochistan) with a production capacity of 100,000 barrels per day.

Pakistan wants to build the oil refinery near the deep-water port of Gwadar to reduce import of petroleum products. As per the officials of the Ministry of Planning and Development, the country can reduce petroleum import bill by $16 billion if it imports cheaper crude oil to refine instead of expensive finished products.

“If we set up a refinery and fulfill Pakistan’s requirement through the said refinery, the oil import bill could be cut by half,” said the officials.

Last year, Pakistan had invited Saudi Arabia to invest in the projects related to China Pakistan Economic Corridor (CPEC), of which the Gwadar port is an integral part.

Earlier, the Saudi delegation, led by energy advisor Ahmad Hamed Al-Ghamdi, had visited Gwadar and, according to Petroleum Minister Ghulam Sarwar Khan’s claim, had shown an interest to immediately invest in the refinery.

“We sat down and held initial discussions with them and it was principally decided by both sides that it will be a government-to-government agreement,” the petroleum had stated.