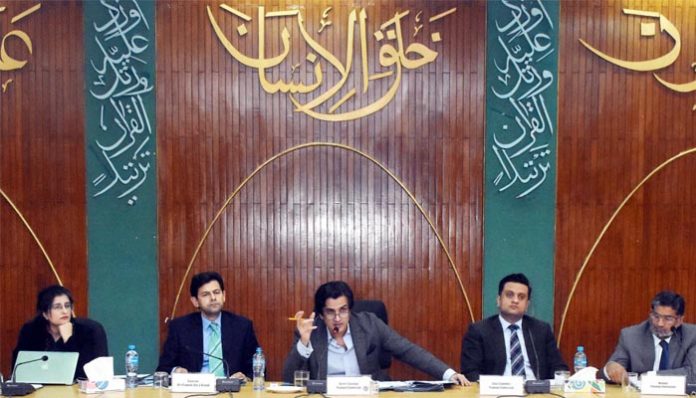 The meeting was held under the chairmanship of Planning and Development Minister and Planning Commission Deputy Chairman Makhdoom Khusro Bakhtiar in Islamabad. Planning Secretary Zafar Hasan, members and senior officials from federal and provincial governments were also present on the occasion.

The projects presented for approval were related to water resources, health, physical planning and housing sectors.

As per details, the Water Resources Division tabled the Kachhi Canal Project before the meeting. While approving the project, the minister said that the project would help irrigate millions of acres of land in District Dera Bugti, Balochistan, besides providing water for agriculture.

The minister added that this project would boost agricultural production in the area as well as provide clean drinking water to the local community.

Keeping in mind the technical aspects of the Kachhi Canal Project, the minister constituted a committee, which would submit its detailed report on the project within 15 days.

Meanwhile, the meeting approved another project of the Water Resource Division titled ‘Review of the feasibility study and detailed design of Burj Aziz Khan Dam Project, Pishin Lora, worth Rs67.407 million’. The dam envisaged the short reservoir water of 23 million gallons a day (MGD) and the project would supply 21MGD drinking water to Quetta city.

In the health sector, the Ministry of National Health Services presented four projects related to the Pakistan Institute of Medical Sciences (PIMS). The minister said that provision of health facilities was among the top priorities of the present government and called for timely completion of the projects to provide relief to the people.

The first approved project of the Ministry of National Health Services was regarding the upgradation of existing facilities at Pakistan Institute of Medical Sciences (Rs200 million). The second project was regarding construction of female doctor hostel at PIMS (Rs222.062 million). The third project included procurement of MRI equipment for the Radiology Department of PIMS (Rs316.733) million. The fourth project was related to the extension of the intensive care department of the mother and child healthcare center at PIMS (Rs3.88 billion) was referred to ECNEC for further approval.

In the physical planning and housing sector, CDWP referred to ECNEC a project of ‘construction of four sewerage treatment plants and related sewerage system to treat the wastewater falling into Korang river, Rawal Lake (Rs3.51 billion)’. The project aims to control pollution resulting from untreated sewerage directly coming into the Rawal Lake from neighboring settlements.