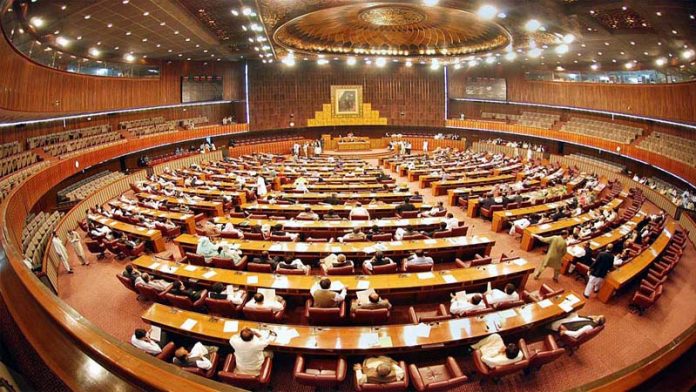 ISLAMABAD: A parliamentary panel on Thursday expressed displeasure over the slow progress in the establishment of customs’ offices at Torkhan and Chaman.

The meeting of National Assembly’s Standing Committee on Finance was held with MNA Faizullah in the chair.

Federal Board of Revenue (Administration) member Shad Muhammad gave a briefing to the committee about the ongoing and new Public Sector Development Programme (PSDP) projects of FBR.

He informed the committee that a project with regard to the construction of 17 tax offices in different areas, including a custom collectorate office at Hyderabad, was proposed for inclusion in the Public Sector Development Projects (PSDP).

Committee Chairman Faizullah remarked that there was no sense of priority in the FBR projects as even those projects were being submitted for development allocation whose approval was yet to be taken from the Central Development Working Party or the Executive Committee of the National Economic Council.

The committee members also expressed grave concern over the slow progress on establishment of custom offices at Torkhan and Chaman border. They said the establishment was vital for integrated transit trade management system (ITTMS).

They said Pakistan has been facing significant revenue shortfall due to smuggling, adding that early completion of custom offices at Torkham and Chaman was critical in order to discourage smuggling and mobilize revenue.

The committee recommended the Finance Division to ensure that full allocation for ITTMS are released for early establishment of custom posts.

The committee members also expressed dismay over the presentation made by the FBR and directed that a revised list of prioritized projects may be furnished to the committee secretary for onward submission to the members.

Meanwhile, the Securities and Exchange Commission of Pakistan (SECP) chairman briefed the committee about the mandate of the commission. He said that SECP was set up in pursuance of SECP Act, 1997, and started its function for managing the regulation of corporate sector, capital markets, supervision and regulations of insurance companies, non-banking finance companies and private schemes.

He briefed the committee about the structure of SECP Policy Board, saying that according to the SECP Act, 1997, the policy board shall consist of a maximum of 11 members appointed by the federal government, including five ex-officio members and six from the private sector.

Chairman Faizullah expressed concern on the problems being faced by the general public owing to the measures taken by the State Life Insurance Company with regard to abolishing its fourth tier.

The SECP chairman apprised the committee about the public listed, public unlisted private companies, non-profit associations, trade organizations, foreign companies and LLP. He informed that currently, 96,288 companies were registered in the corporate sector.