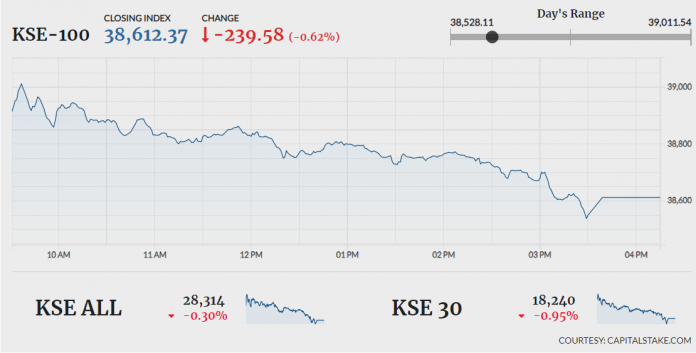 KARACHI: After a positive start to the week, the Pakistan Stock Exchange was once again in the red zone, as indices failed to sustain gains amid low volumes. Foreign investors were net sellers of $0.256 million worth of shares on Monday.

As per news reports, International Monetary Fund (IMF) mission chief Ernesto Ramirez Rigo is expected to arrive in Pakistan on 26th March. The finance minister has stated that talks regarding the IMF bailout package are in the final stage as misunderstandings between the country and fund have decreased.

Pakistan Oxygen Limited (PAKOXY +4.99pc) released its financial results for FY18. A final cash dividend of Rs2 and bonus shares of 30pc was announced in addition to Rs5 already paid. Sales declined by 10pc YoY, whereas earnings per share inched up by 66pc YoY.