Pakistan to begin talks with IMF from Apr 29 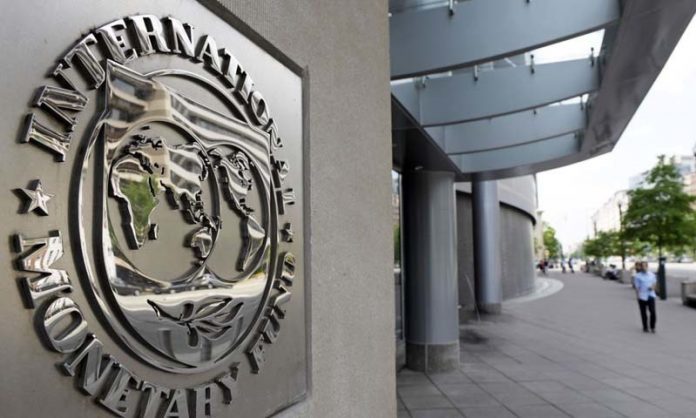 ISLAMABAD: Pakistan and the International Monetary Fund (IMF) will begin discussing the aid package for Islamabad from April 29.

The IMF mission, headed by Ernesto Ramirez Rigo, will reach Pakistan on April 29 and will be in the country till May 7. The mission will also visit various institutions during their time in the country.

According to the sources, the Ministry of Finance issued a notification to all relevant ministries and institutions and sought data from ministries concerned, including the Federal Board of Revenue (FBR).

The nine-month economic data is also being compiled for discussion with the IMF mission.

Sources say that IMF is asking Pakistan to increase the country’s Gross Domestic Product (GDP) by 13.2 per cent, while the government has assured an increase by 12.7 per cent.

During negotiations with the IMF, there is also expected to be detailed discussion on the revenue framework. The recommendation to impose Rs729 billion tax in the budget is under consideration.

Sources added that a discussion over recommendations and budget strategy papers for the federal budget will also be held with the IMF review mission. Taxes equivalent to 1.4% of the GDP are likely to be imposed in the next budget.

Relief in taxes for the import and manufacturing sector will also be granted.

Sources said that the review mission will be informed about the progress of increasing the rate of electricity, the value of rupee, tax revenues on mobile phones, additional revenue, the amnesty scheme and the terms of loan adjustment. However, the biggest challenge will be to inform IMF about the loans taken from China.