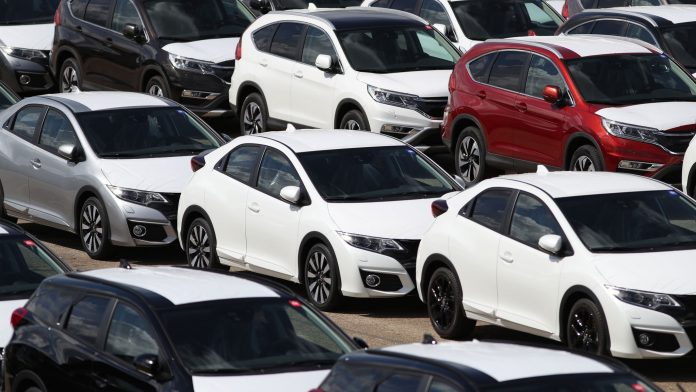 FRANKFURT: New car registrations in Germany fell back in April, official data showed on Friday, in a sign the vital industry is still grappling with tougher emissions tests and a broader economic slowdown.

Sales between January and April were flat compared with the same period in 2018, at almost 1.2 million.

Carmakers have struggled with new EU emissions tests that came into force from September, which turned into a bottleneck for some manufacturers.

Mammoth Volkswagen highlighted the new cycle, known as WLTP, as a challenge for high-end subsidiary Audi when it released first-quarter results Thursday.

Audi’s sales were down 12.8pc year-on-year in April, although competing luxury brands BMW and Mercedes-Benz both moved more cars.

Looking at carmakers’ performance from January to April, VW’s own-brand vehicles accounted for almost one in five sales in Germany, at 221,000 — although that figure was down 4.5pc on the same period in 2018.

Peugeot-owned mass-market brand Opel was also down three per cent.

And while BMW, Mercedes and Audi were all up slightly year-on-year, VW subsidiary Porsche suffered a precipitous tumble in sales, shedding 24.9pc.

Muted appetite for luxury cars could be a symptom of economic gloom among top earners, with Berlin last month slashing its 2019 GDP growth forecast to just 0.5pc.